The Wild Mayo Ultra attracted a very niche breed of cyclist to Westport for the weekend of July 23 to 25th,  for 72 hours these unique athletes were seen around town soaking up the atmosphere before, during and after the event.

The numbers partaking may be small but each brought their own support crews, supporters and family members to help cajole them around the route. 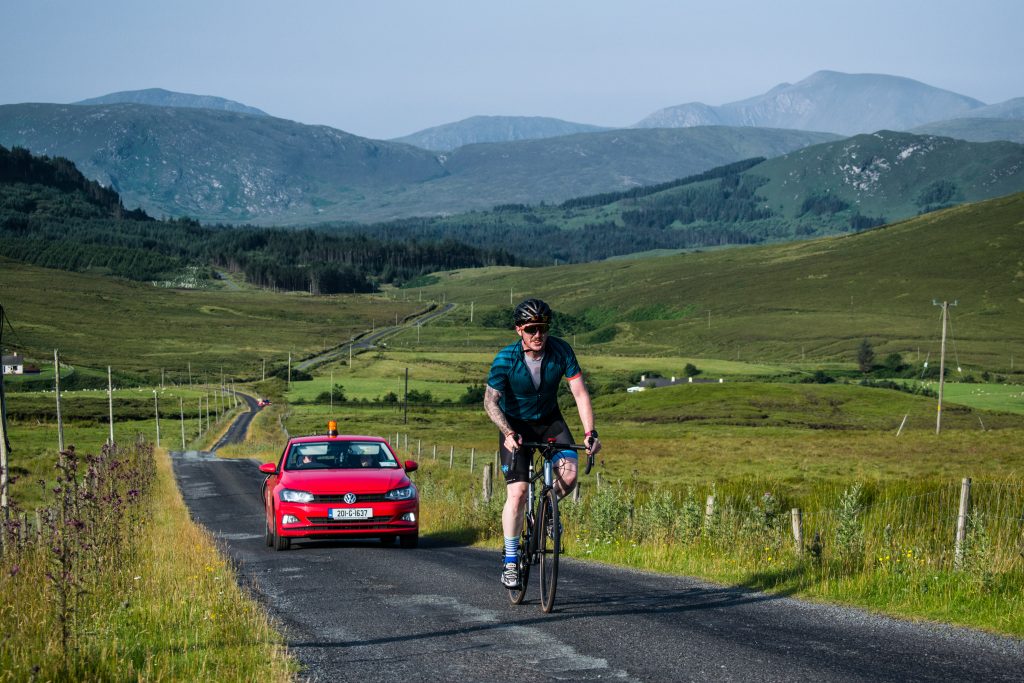 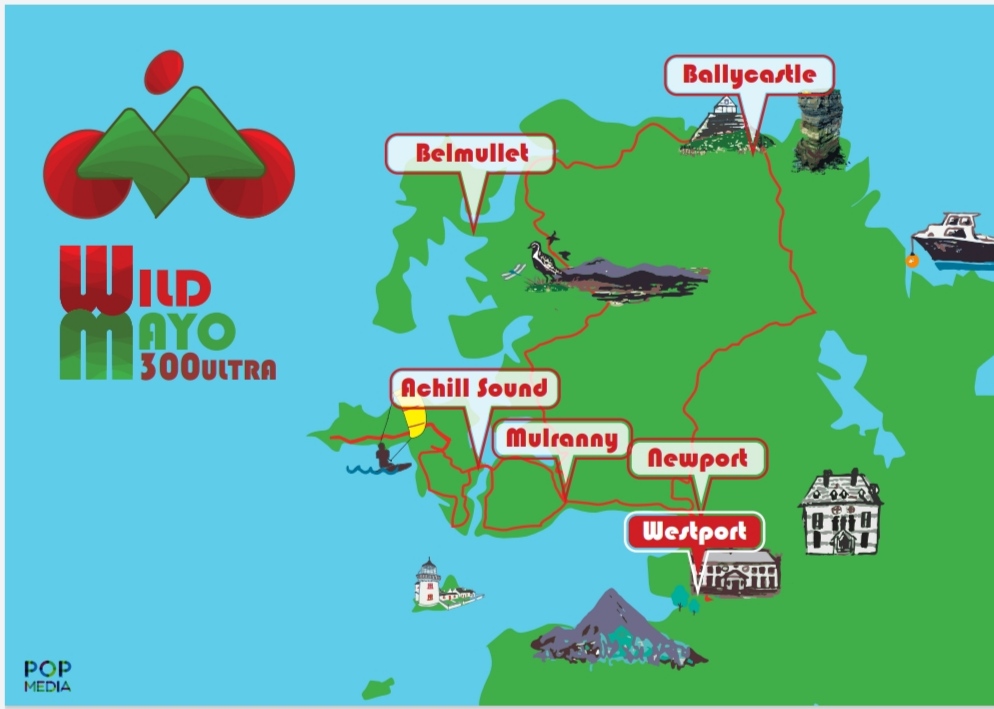 The Wild Mayo Ultra had 2 events running simultaneously, the 300k was for those new to Ultra cycling, the route was still considered very tough as it banged a fair punch with over 310m of elevation gain for every 30kms covered. The route whizzed through the centre of the county until it reach the North coastline and then went  west to Belmullet and Achill before  finishing back in the buzzing Westport. 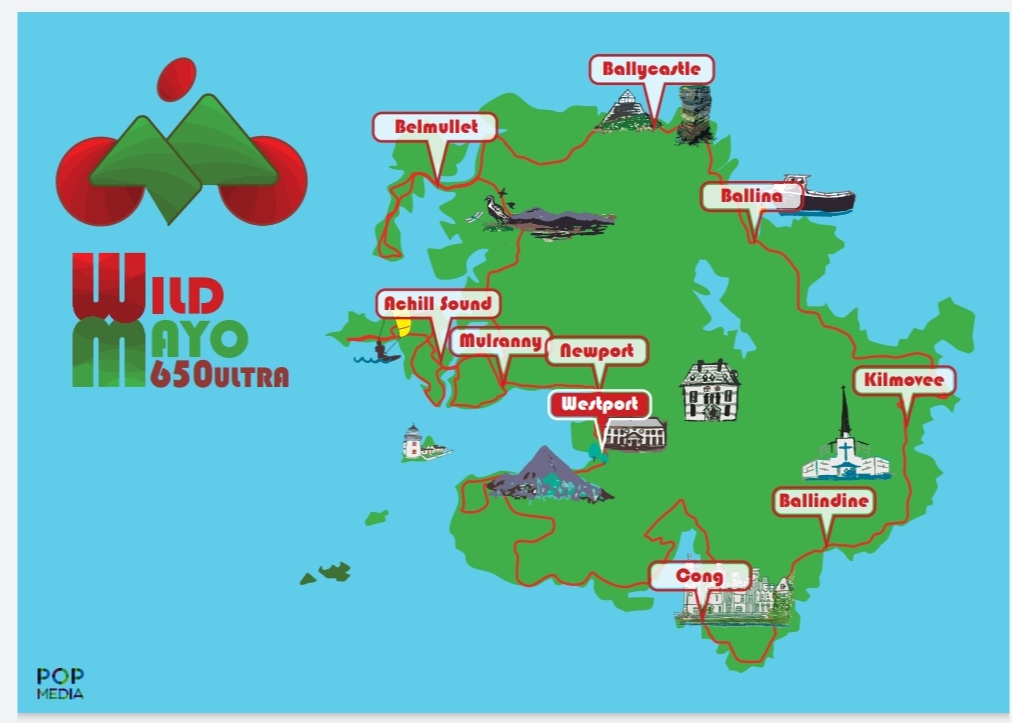 The 650k event was a completely different proposition, taking in a full lap of the county border and coastline, throw in every mountain and hill that a road climbs over while passing a host of iconic beauty spots, this route wasn’t for the faint hearted  as it includes the best of what Mayo has to offer a cyclist. 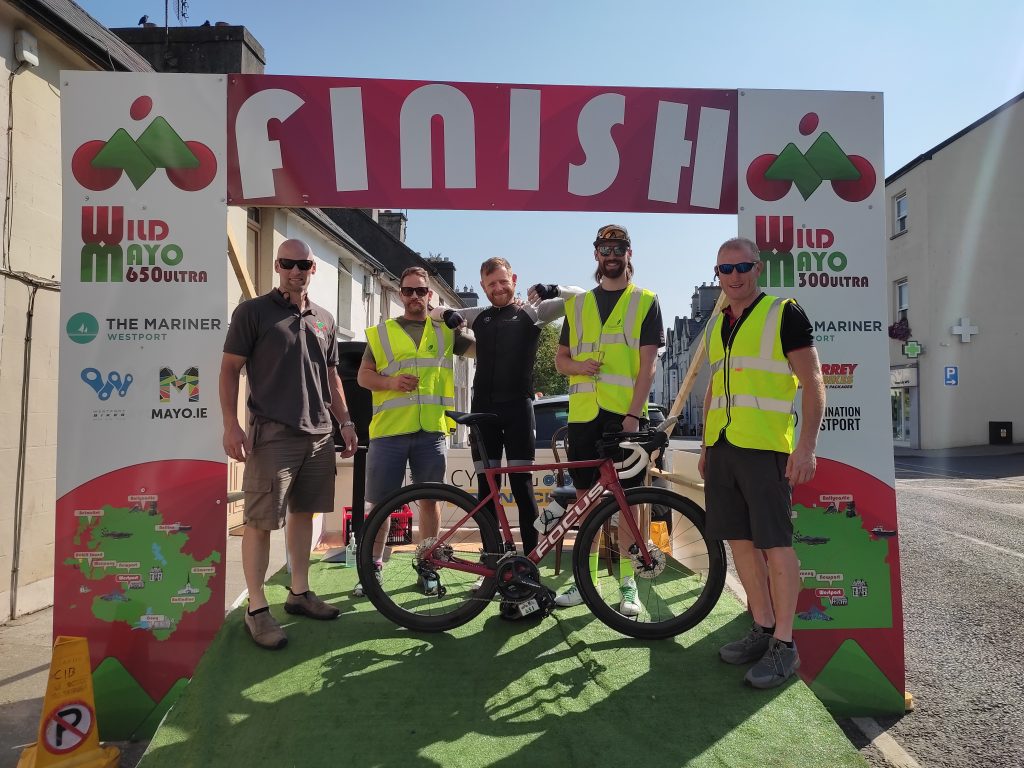 Paul Caldwell with his backup crew

Caldwell is an endurance freak, setting a new Irish record on his mountain bike for an out and back bid on the Wicklow way just 6 weeks ago.  Paul did something similar on what’s known as the Ireland divide, an off road path from the Beara peninsula in Co Cork to Belcoo in Co Fermanagh again unsupported. The man thrives on pain and misery.. Saying all that he considered the Mayo 650 route as something of pure beauty where he felt Euphoric at times. 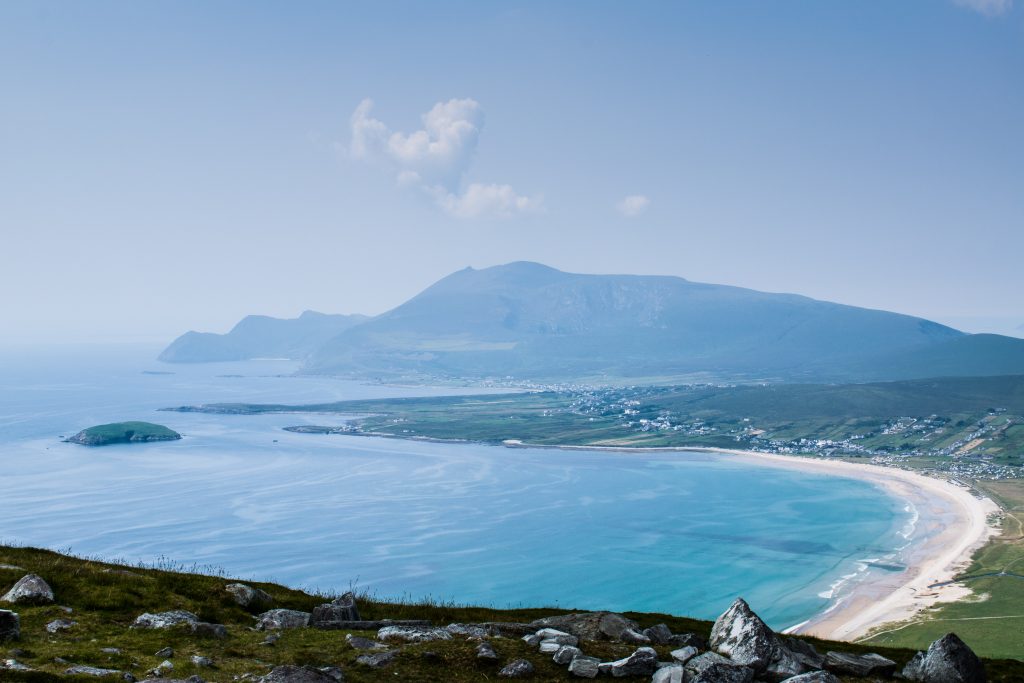 Rachel Nolan the queen of endurance in Mayo, pushed Paul hard early on but had to back off a bit due to Paul’s unrelenting pace.. Still the Ballina woman set a blistering pace for 650k fighting tooth and nail to hold off the challenge of Darragh Delaney Claremorris who gradually came into his own as the hours passed, this was Darragh’s first 24 hour race and he acquitted himself admirably. 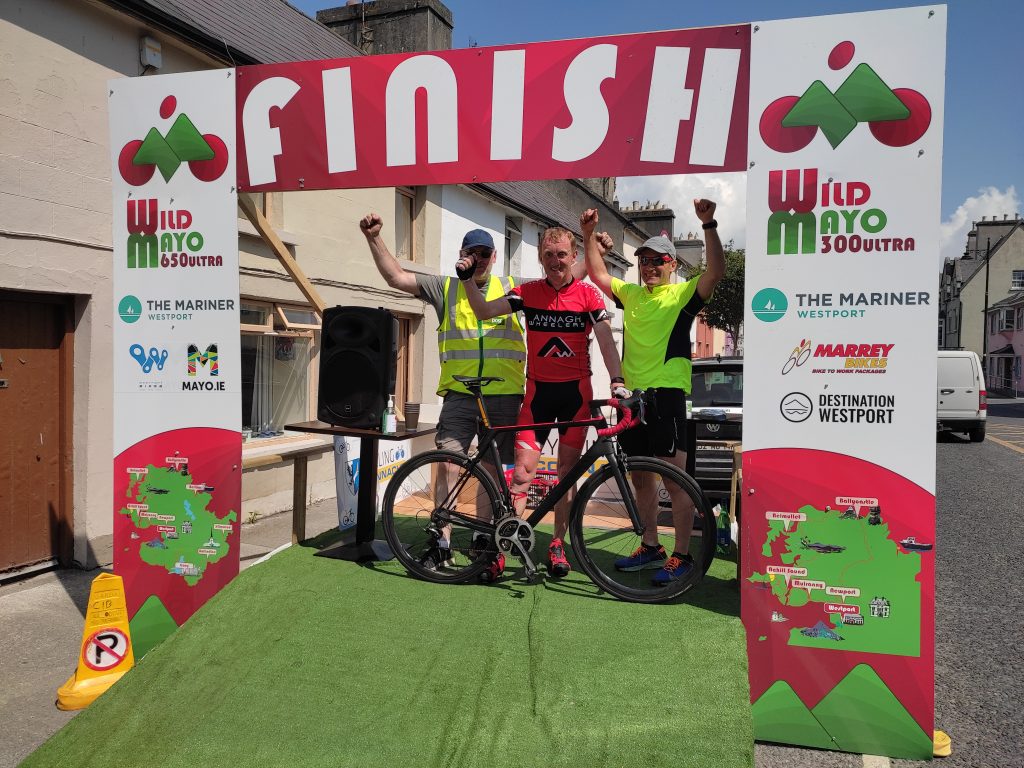 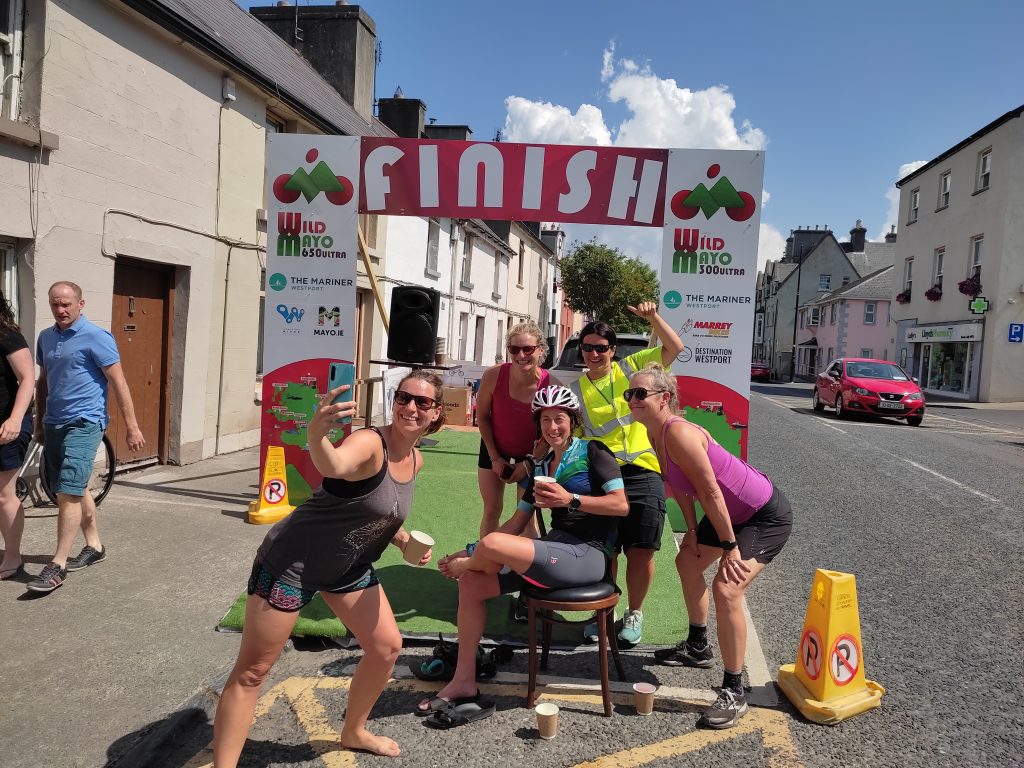 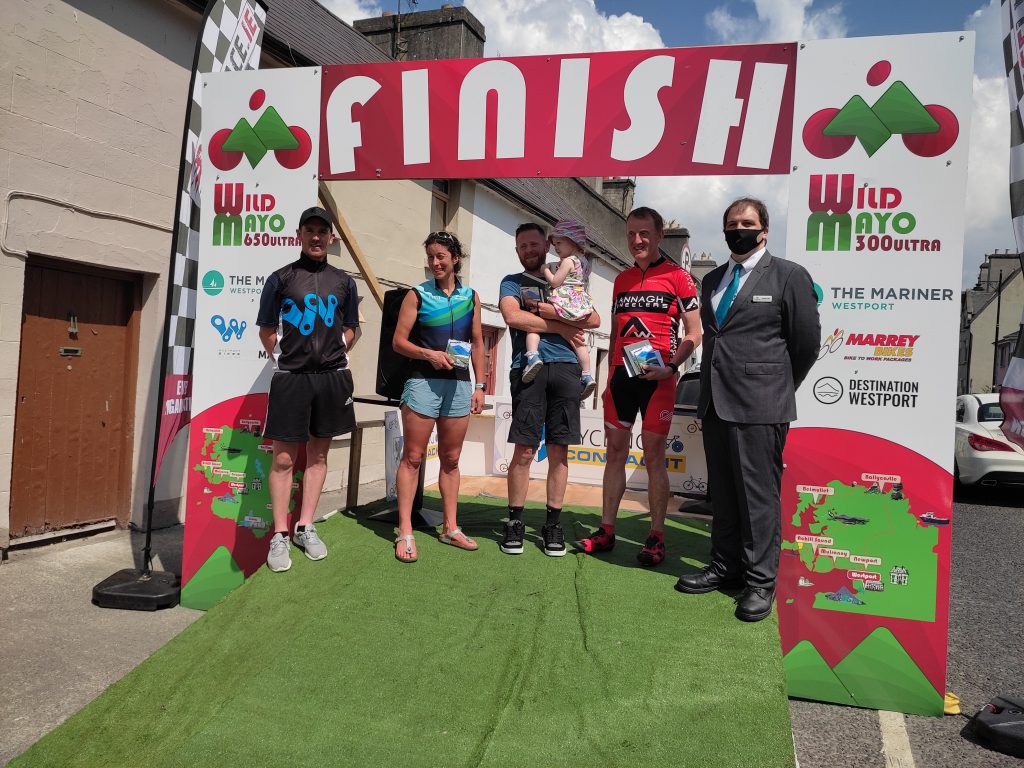 Aiclinn O Reilly from Kilmeena Westport blitzed around the 300k route in a time of 9hrs 36minutes at an unbelievable average speed of 31.5 kilometres per hour, this was some feat considering the hot and sticky temperatures that exceeded 27 degrees for most of the day and with most of the climbing in the second half of the route  in Achill,  this route was going to punish those who started fast.

Aiclinn’s pace never dropped, he may have struggled on Minaun Heights with gears that were not low enough as he underestimated the steepness of the climb (20% plus for 2kms) but once over the top he ploughed on home at a blistering speed.

Second home was Carramore man Shaun Barnicle of Western Lakes CC who despite his tender age and lack of experience completed the route in 10hours 21minutes.

Third home was Cavan man Mervyn Kinkade in 10hours 32minutes, Mervyn only a few weeks earlier he set a new record for the Joe Barr 200 distance, Mervyn was very much the favorite. 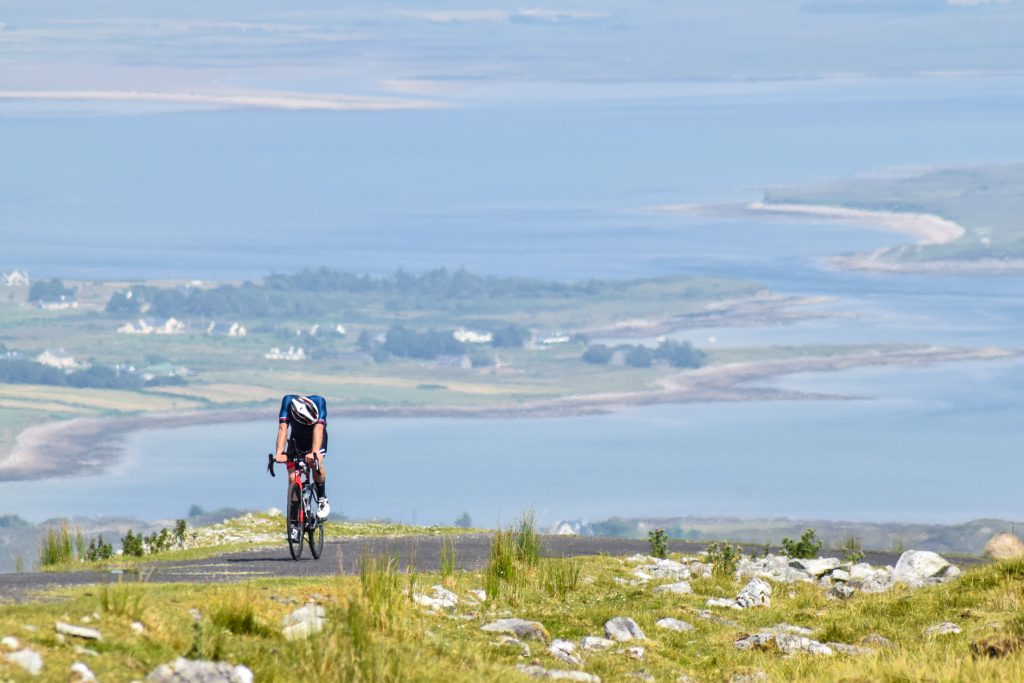 All participants had to use a tracking device and while they were competing, supporters and family members could log into Primal Tracking website where they could see exactly where their rider was and how they were doing against other competitors.. For those who were interested the weekend was spent dot watching on screens, adding a new way to watch an event remotely . 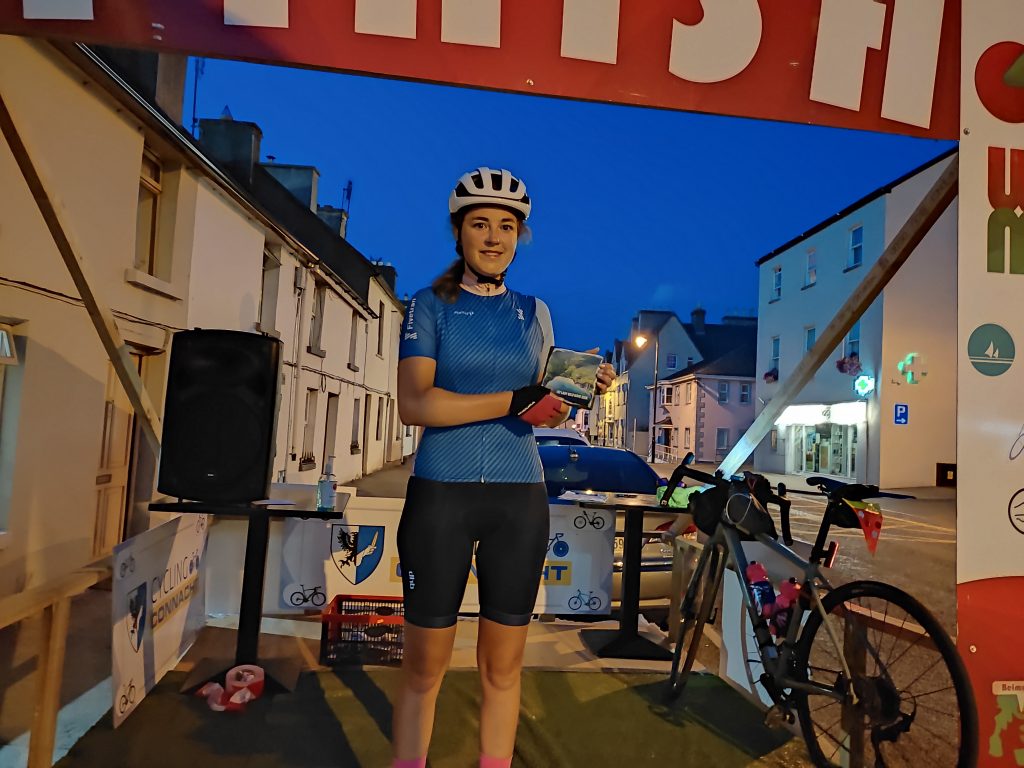 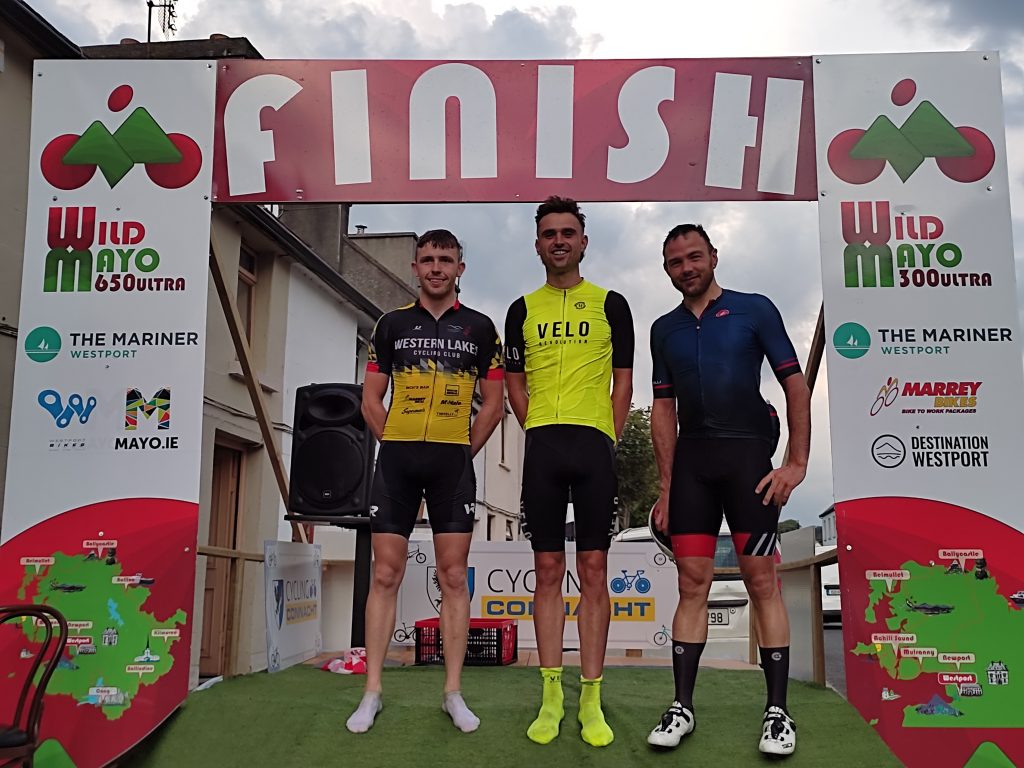 The locals took the top 2 steps of the podium much to the delight of the local crowd, home advantage defiently was an advantage.

For  most of the participants and especially those from around the country the Wild Mayo Ultra 300k  was all about completing  the route, if the opportunity arose where they could enjoy the views they took it and savoured the  whole experience. Over half the 300k field did the event unsupported with organisers making provisions for mobile support along the way.

The Wild Mayo Ultra  organisers are extremely grateful to the Mariner hotel,  Westport’s newest Boutique hotel for hosting the event headquarters for the entire weekend and to Mayo.ie, Destination Westport, Primal event timing and prize sponsors Marrey Bikes and Westport Bike shop for supporting the event.

Everyone remarked how beautiful county Mayo is, the unique route brought them to areas that wouldn’t be mainstream tourist hotspots and one can be sure participants will be back again to explore in detail the route and anything else they missed while racing around Wild Mayo.

The Mayo Ultra doesn’t have to be completed Solo … Why not join up with a buddy, friends or fellow club mates and enter a team or a pair and share the experience.

Westport is re-establishing itself as the adventure capital of Ireland, next up in Mayo’s beauty hotspot is Gravel Grind West September 17 and 18th and it’s sure to bring another breed of cyclist to the town. 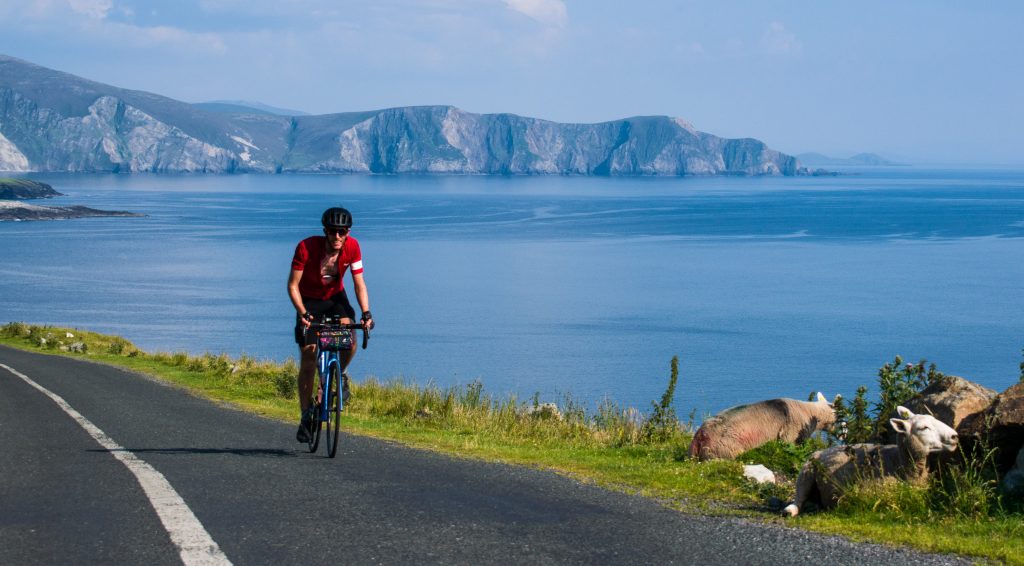 Photos of the route by Alan Hyland https://drive.google.com/drive/folders/1zB8k1WOOzQ4hNQayRnLQ88eCJePEKMGs?usp=sharing

Darragh Delaney personal account of his 650k epic, with loads of tips for anyone thinking of trying an Ultra