The Land of the Giants Duathlon started as a small local event back in 2012 and as the saying goes from small acorns do great oak trees grow from.

Now in its eighth year the event is firmly established on the sporting calendar and is growing from strength to strength. Support from the likes of the Chamber of commerce and the local businesses helps promote the event around the town; marshalling, stewarding and ambulance support from the Claremorris men’s shed group, local Red cross and the Gardai helps to build continuity. Hosting any sporting event is now a huge task with health & safety regulation and insurance costs been a massive draws on resources, getting and keeping sponsors is paramount for keeping an event like this going.

Dixon & Dever Quantity Surveyors and Project Management Services Claremorris have been the main sponsors from the beginning and their enthusiasm breeds life into the event every year.

“We are delighted to be main sponsor again in 2019, it’s a great event for the town; I have taken part myself a few times and love the atmosphere it brings,” said Paul Dixon of Dixon & Dever.

Sean Dever said “We are really looking forward to taking part in the relay  section of the event, I will team up with my Mrs so it should be fun, it’s not often the two of us get to take part in the same event as a team so that’s a great element to the race. 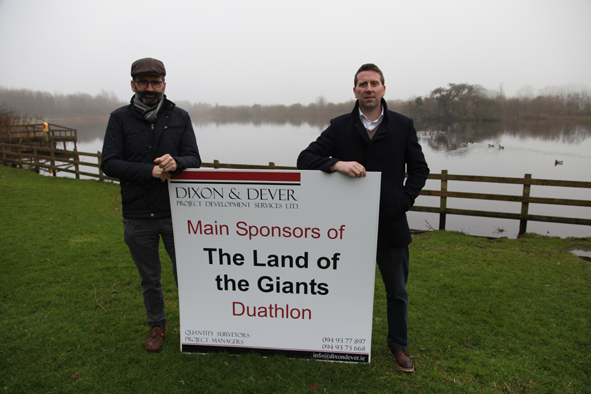 This year the event takes place on Sunday 29th of December.

It’s also the first round of the Bridge Signs Ireland West Duathlon series so its sure to be another big sell out event with participants from all over the country converging on Claremorris for the run bike run event.

Whether it is to kick off the season or to burn off some of those Christmas calories, it promises to be a very enjoyable event and it’s also a chance to catch up with old friends and make some new ones.

Past participants have often echoed that their run around Mc Mahon park and Clare lake goes like Fee-fi-fo-fum from the horrors of over indulging.

Event organiser, Padraig Marrey of Raceface Events has said numbers are increasing every year and even the cold weather of last few years still doesn’t deter entrants. The event is sure to be a sell out with over 400 participants.

The event starts in the heart of Claremorris at Market square with a 5.5k dash that takes participants out to McMahon Park where they run around in the safe environment of the beautiful Land of the Giants Greenway.

Stage two is an 18k cycle taking on the undulating roads of Mayfields and Carramore, before returning via the Ballinrobe road.  The final stage finishes with a short 1.5km sprint around Clare Lake 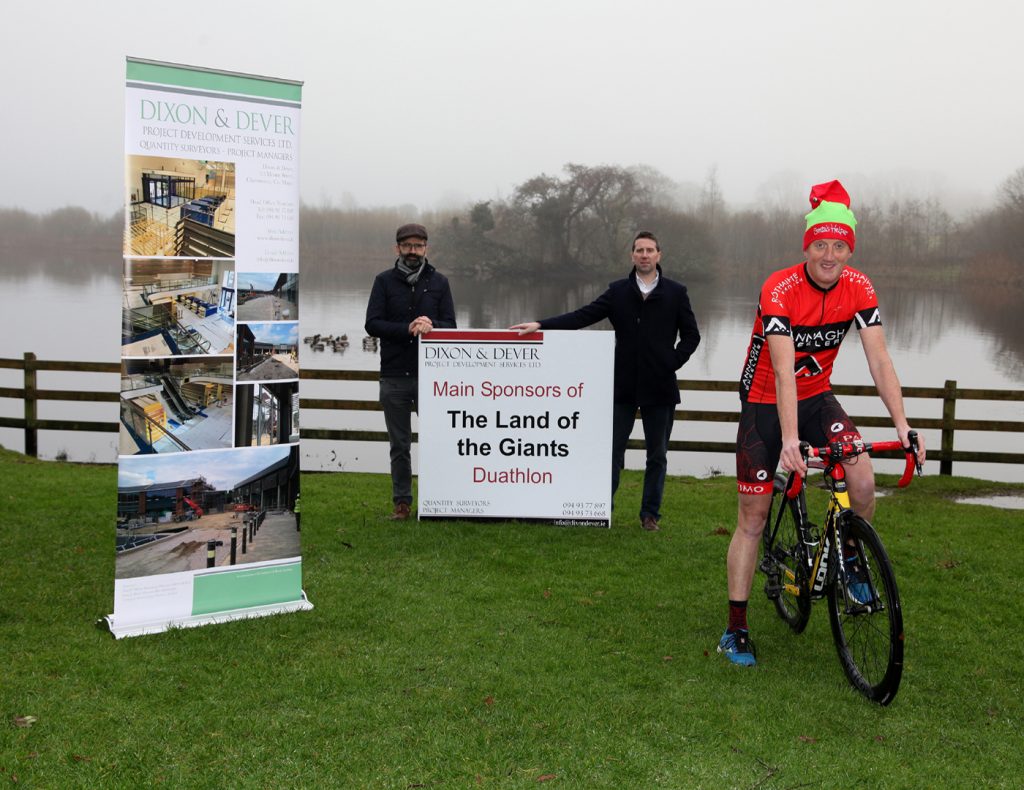 At McMahon Park Claremorris , was the launch of The Land of the Giants Duathlon which will take place in Claremorris on Fri Dec 28th. Pictured were Paul Dixon and Sean Dever of Dixon & Dever, Project Development Services Ltd. (Claremorris) who are main sponsors. Also pictured was Darragh Delaney(Annagh Wheelers).
Pic:Trish Forde.

Entry only via www.raceface.ie with Sign on (number collection) from the Mc William Park Hotel on Saturday, December 28th from 6pm to 8pm and Sunday morning from 7.45am to 9.45am.

The Race briefing takes place at 10.15am at Market Square and the event starts at 10.30am sharp.

Support sponsors The Mc William Park Hotel who will supply the post-race refreshments.

Claremorris Leisure Centre will provide shower facilities for all participants after the event.

Mr Marrey thanked the sponsors and said the event would not be possible without the continued support of the sponsors, Claremorris Chamber of Commerce, Mc Mahon Park committee, Mayo County Council, the Road Safety Authority, Claremorris Men’s Shed group, The Red Cross and the local Gardai. Event results will be supplied by Core Timing. 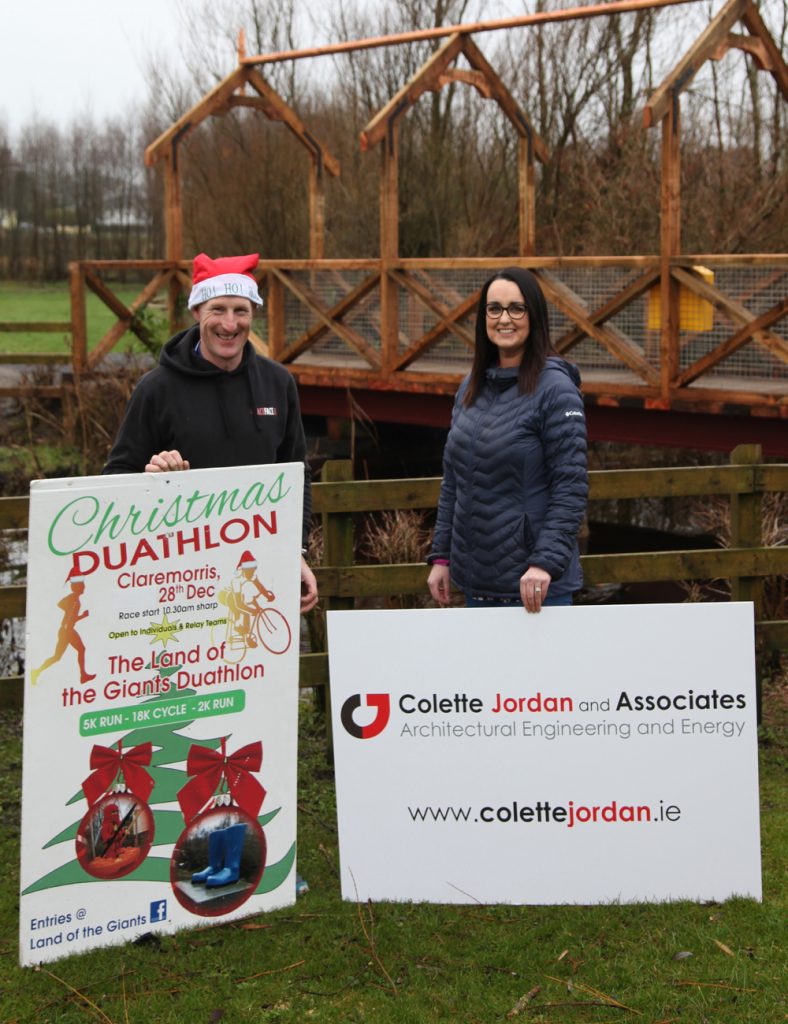 At the launch of The Land of the Giants Duathlon, which will take place in Claremorris on Dec 28th, pictured were Padraig Marrey, Raceface, Organizer, with Sponsor Colette Jordan of Colette Jordan and Associates, Architectural Engineering and Energy(Claremorris).
Pic:Trish Forde. 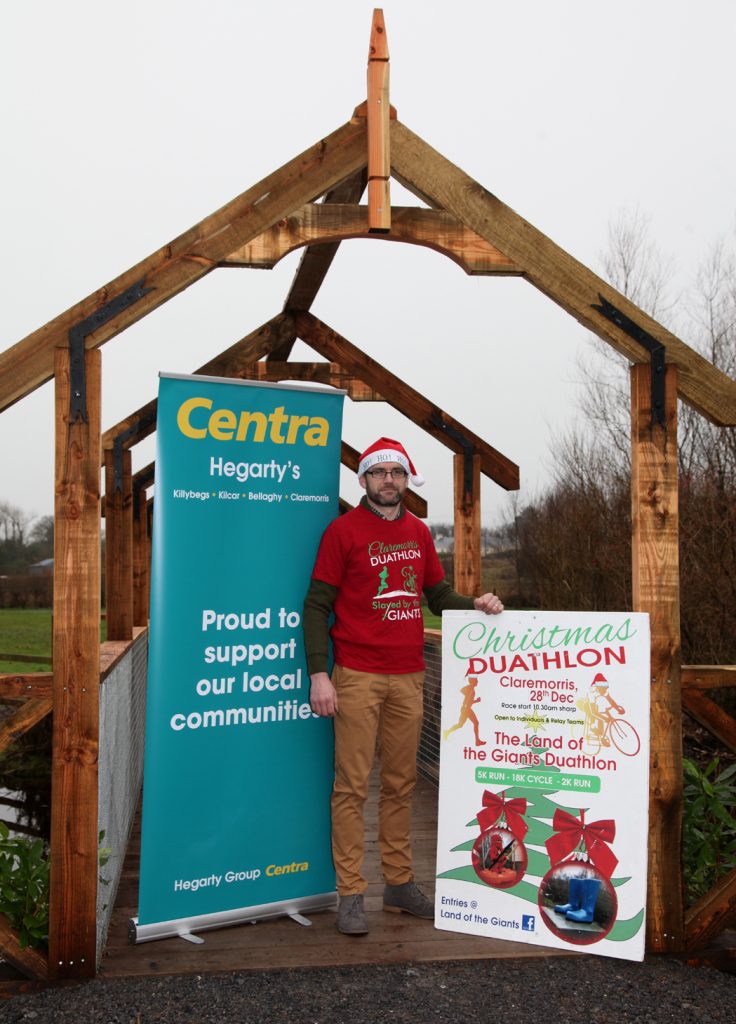 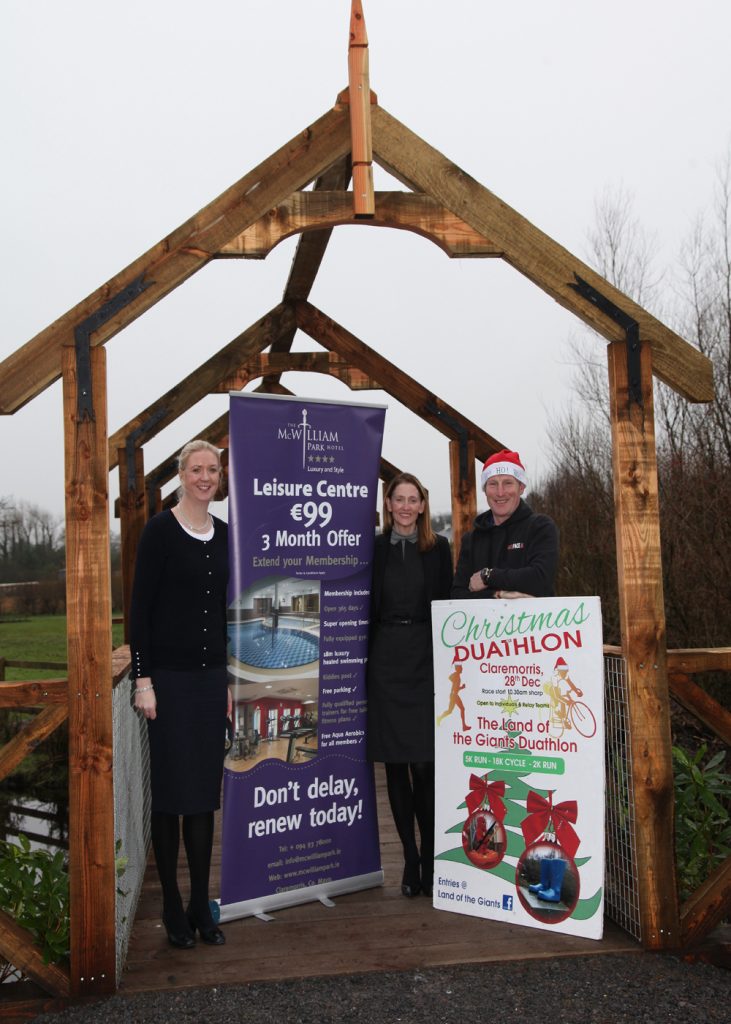 At the McMahon Park, the entrance to the Land of the Giants Greenway, pictured at the launch of The Land of the Giants Duathlon, to be held on Fri Dec 28th in Claremorris, were representitives of Sponsor The McWilliam Park Hotel, Gemma Jordan(General Manager), and Anne Bomser(Sales and Marketing) with Raceface, organizer Padraig Marrey.
Pic:Trish Forde. 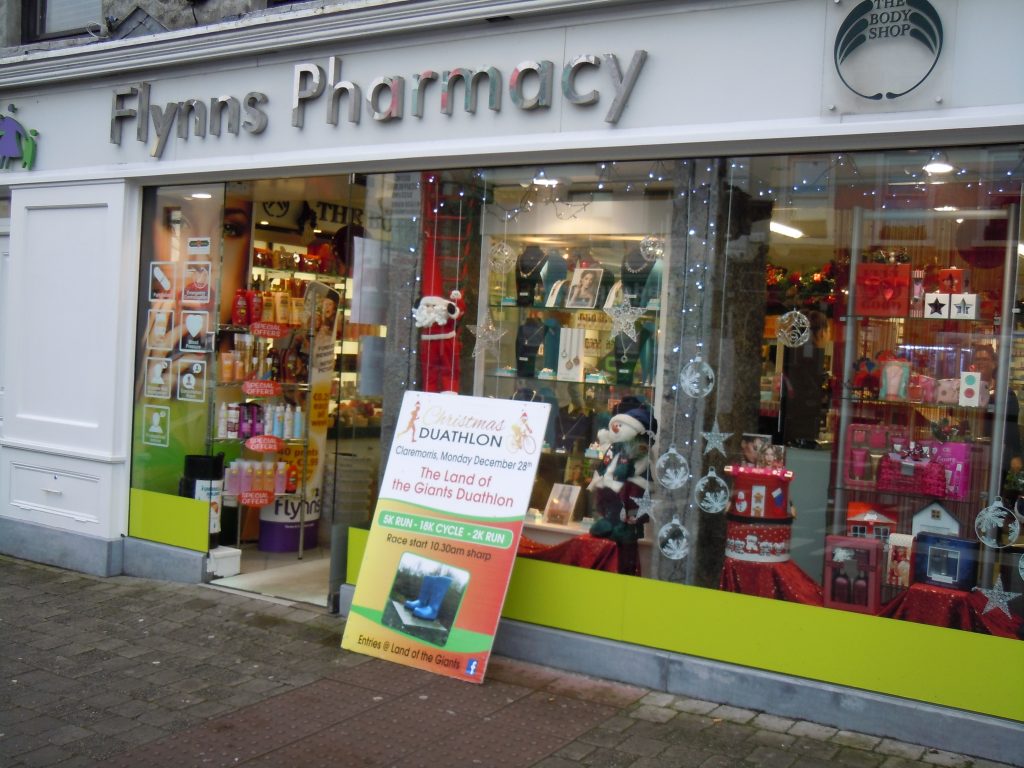 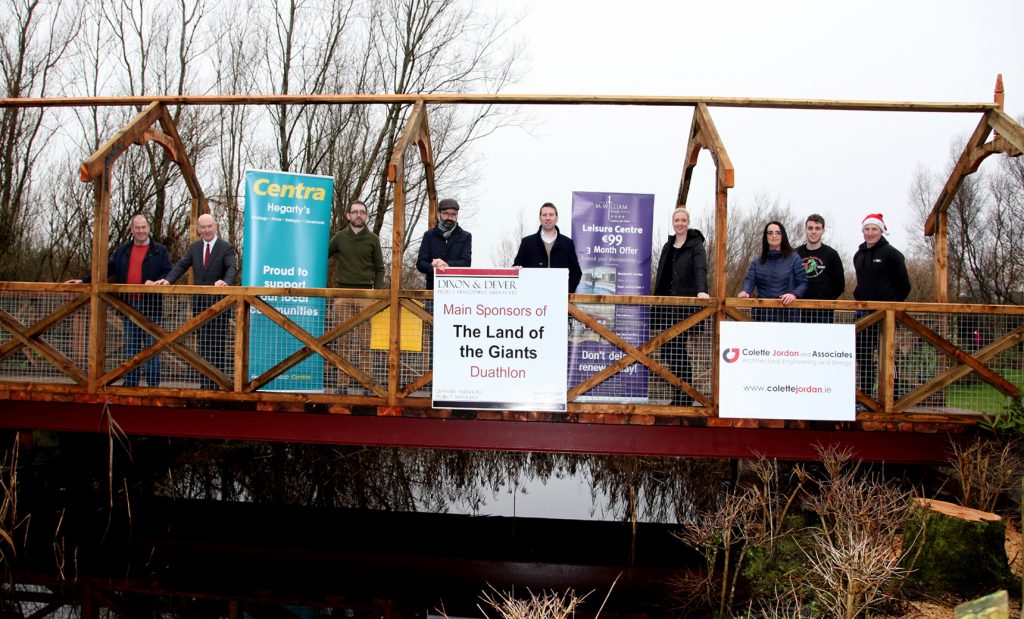