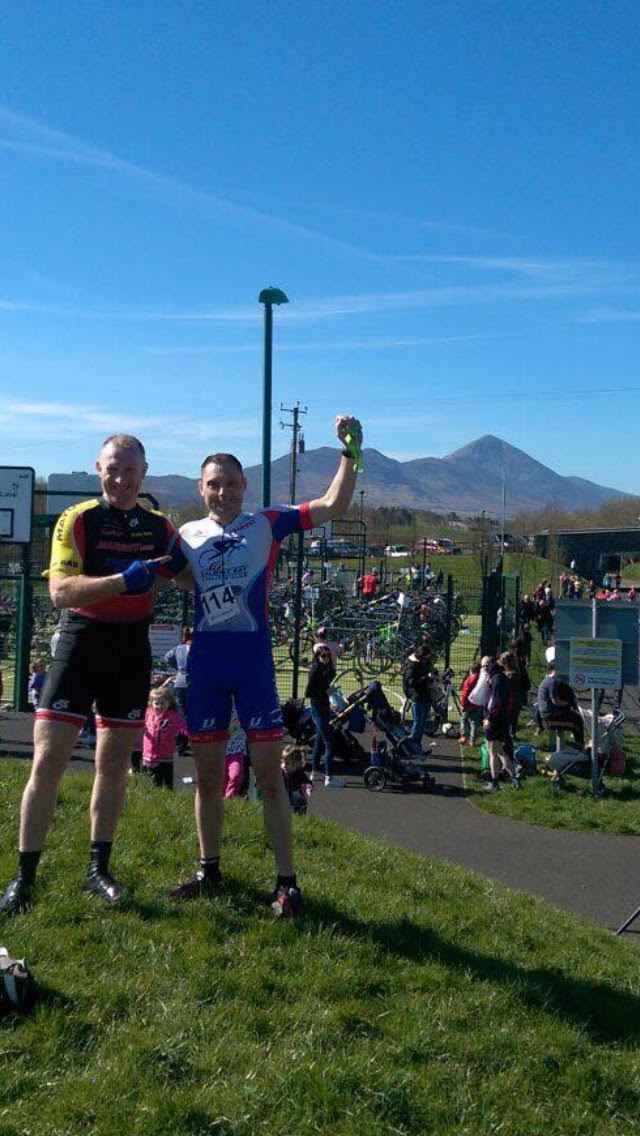 After spending years cycle racing on the Irish road racing calendar which included Ireland’s biggest and best known events like the 4 day Ras Muhan, (Killorglin co Kerry), Tour of Ulster 3 day Omagh and the An Post Ras 8 day I found a break was needed from the grind, this year I was lacking a bit of motivation to go back at it. 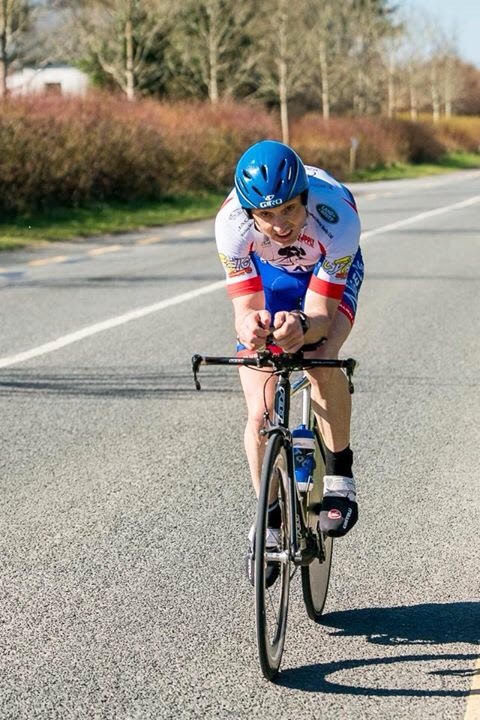 Racing at domestic level is not something you can half commit too, even fully committed it takes so much effort to even challenge for a result in the bigger races. A few  weekends ago saw Damien Shaw, an Irish Pro riding in France, competing in the Nenagh Classic,  (He won his first big Pro event in France a few days ago ) this would have been a race I would normally be competing in and would have been competitive in but not anymore. There is just no point in competing with competition at that level and not been in with a shout.

Alot of the time its not the amount of training needed, I would train as much now as years gone by. But in order to compete, you normally need to travel and this is an all-day affair, and once a month needs to be a long weekend type stage race (2/3 days)

Western Lakes hand had being forced to cancel the Ballinrobe 2 day, a race I remember from a teenager, this was also a factor in trying something different. That club organised the best races in Connacht, and not having these local and fun events, means even more time in a car going down the M6.

I did a good bit of training with some triathlon lads over the winter, Ruaidhri Geraghty, Johnny Greaney, Martin Divilly, Rob Lennon. Their mad into it and their motivation is impressive.
I can swim like a rock, when I heard about the Bridge Signs IWDS series, it sounded very interesting. And it’s hard to beat local competition, most of the Bridge Signs IWDS were within 30minutes drive, with one nearly outside the back door. Your home at 2:00pm, still time to take young lad to hurling or football. 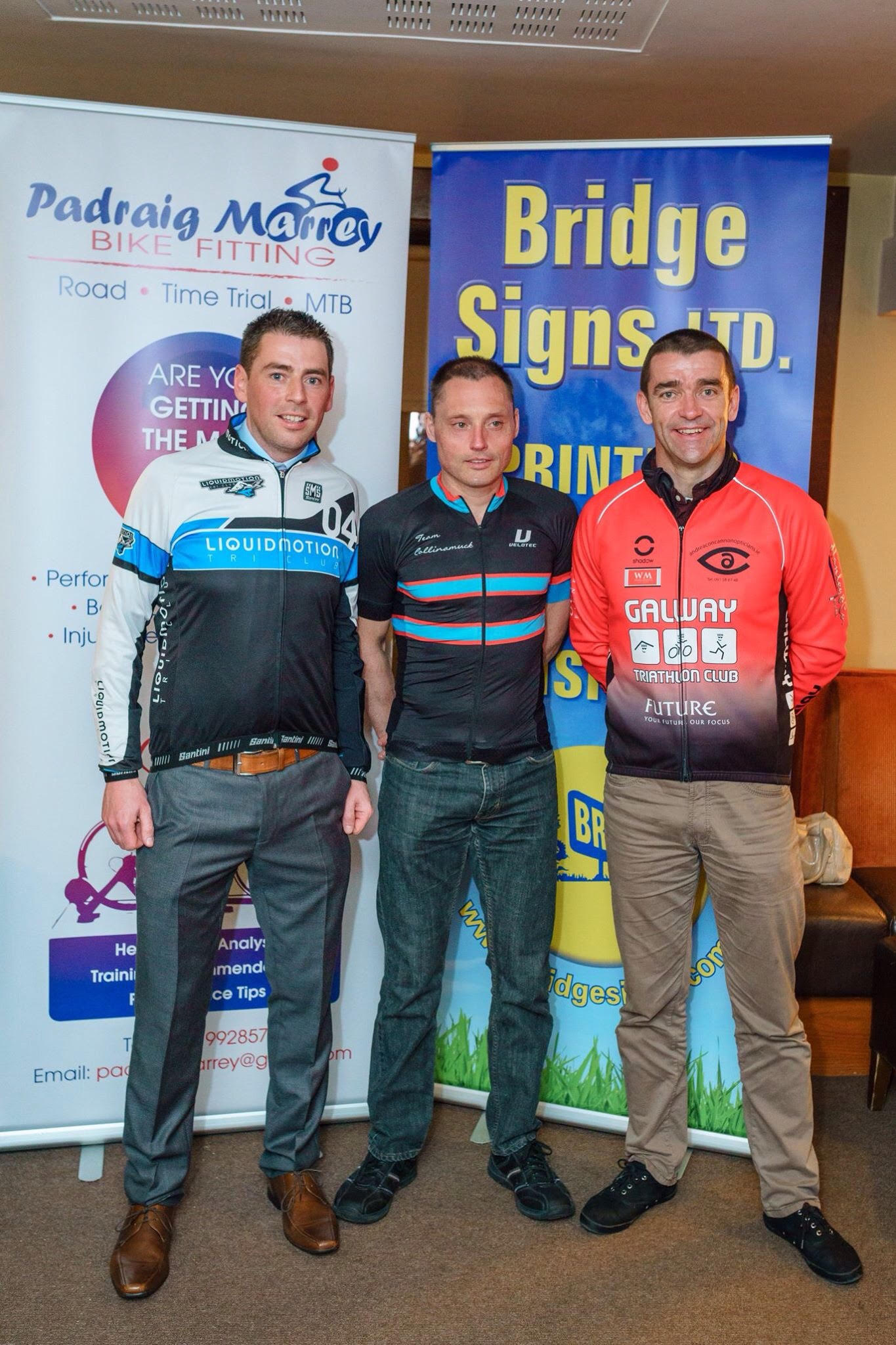 I was also keeping an eye on the National Duathlons Championships in Clareinbridge. Using the results from last two years, was able to get an idea of the run and bike splits needed to compete in my age category. The numbers I had in mind were 7.5km @ 3:50min/km, 38km @ 270watts(approx 38kph), 5km @ 4:00min/km.
The Bridge Signs IWDS was great preparation and to help measure that progress. And there is no hiding in Duathlons, every split is timed, even how long it takes you to put on your helmet is timed.

Looks like alot of folks competing in the Bridge Signs IWDS had a real good National Championships, a testament to regular competition.

It was also nice to try something new, the run discipline took some time to get used too. A lack of strength in some areas can be manageable on a bike but there’s no hiding in running. Back pain, lack of flexibility, general lack of strength were all problems early on that running really showed up. And they can really impact training if they persist.

There is a fun element to it. Its great to be able to bring family and they get to see different parts of the race and it’s all over in the hour or so. Compare that to a typical cycling race, where the race lasts 4 hours but rarely comes back into the town it started in. It’s not a great spectator sport.

Where to now, maybe back to bit of club cycle racing and see if the motivation to bike race kicks in again. If it does, plenty of late summer races.
There is also that Long Distance Duathlon World champions which I believe alot of folks in Connacht have qualified for. A Connacht team in that in a year or two could be interesting.

Hope to see ye all again in the winter. Derek 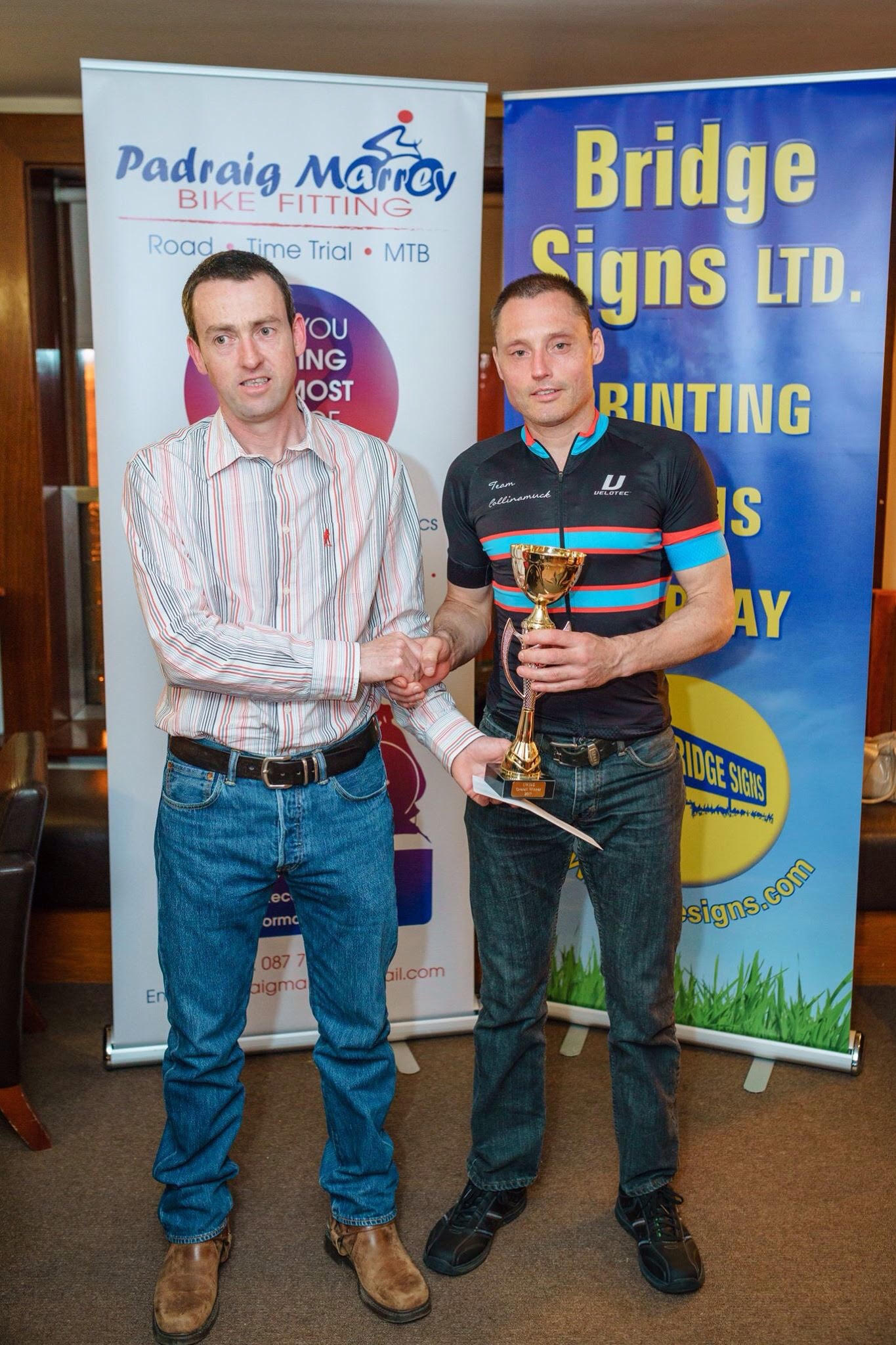