Only in its 4th year the Land of the Giants Duathlon is gradually making a name for its self as the event to be attending post Christmas. Over 250 athletes participated in conditions that can only be described as atrocious, talking to participants after the event “most said the hardest part was making the decision to travel and take part, once we were here the buzz and atmosphere made it easy”.

Westport athletes lead the way in Claremorris with the top 4 all from Westport clubs, Anthony Murray Multisport AM who took a break from duathlon racing a few years back to concentrate on bike racing made a triumphant return, he did all the damage on the bike where he recorded the fastest bike split.

Duathlon racing is attracting more ladies than ever with nearly half the entries made up of women, Ironwoman Lorraine Carey Liquid motion Ballina won clearly from local woman Paula Prendergast with young Emiear Harrison Westport in 3rd place.

There was a huge entry in the Over 40’s & 50’s category but it was disappointing to see a small turnout in the junior categories.

Chamber of Commerce acting president Jimmy Flynn was delighted with the huge turnout saying ” its brilliant for the town to have people travel here from all over Ireland, we try to make their stay as enjoyable as possible and its a great boost to the local economy”.

The prize winners for the 2015 LOTG Duathlon 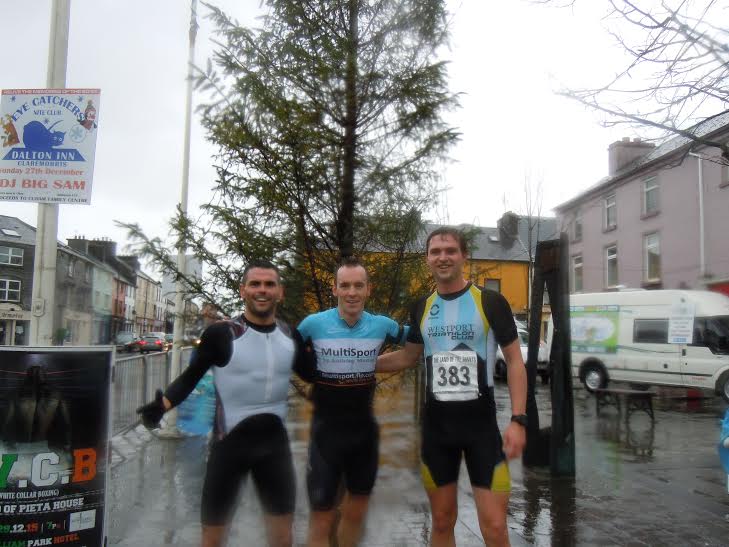 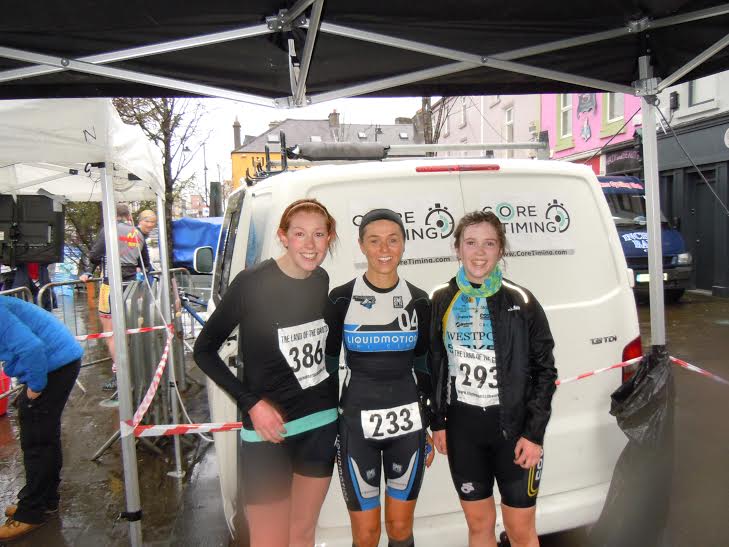 Thanks to our sponsors with our main Sponsors been Dixon& Dever Project Development Services.

This event would not take place without the help of Claremorris Chamber of Commerce, Mc Mahon park committee, Mayo Co Co and the road safety authority, Claremorris Men’s shed group, The Red Cross and Claremorris Cycling club and Core Timing.

Thanks again to all the participants without you there would be no event.

Check out the event video here:

Next Raceface event is Ballinrobe Duathlon on February 13th.