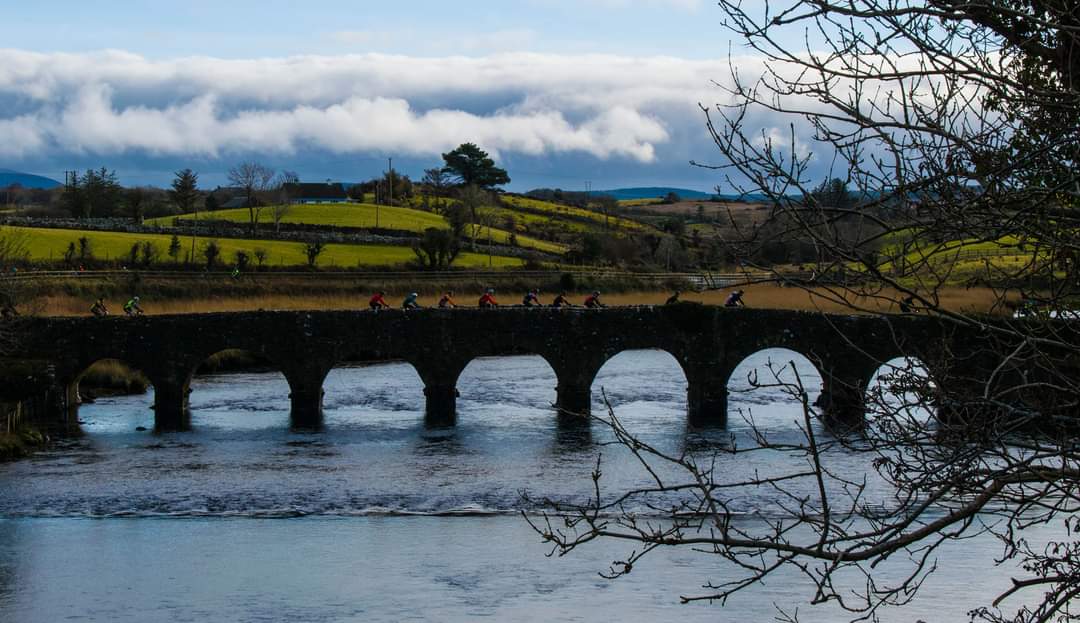 The Newport Rocky Mountain High gravel/off-road event had something for every participant, some came to just ramble around the gravel tracks others were a tad more competitive, and raced the route. One thing for sure though is by the end of the day everyone was in awe of the majestic scenery.

The 40k event had a mix of all terrains but was predominantly gravel, there was quite a bit of climbing too with over 400m of elevation.

The aim of the event was to highlight an old path from Newport to Mulranny, used in the olden days by locals, travelers, farmers, and herders. 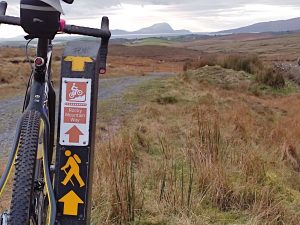 There is even rumours that the great “Fionn mac Cumhaill” traveled this track en-route to Newport. The rumour goes that on the journey his dogs took chase after a wild boar but little did they know there were actually two boars and after a tussle one of the dogs was injured by the horns of the second boar and took-off whaling into one of the nearby glens for shelter… To find out the full story it’s best to make a weekend of it and explore the area for yourselves; the area around the Glendahurk horseshoe and the Burrishoole walks are just magnificent. 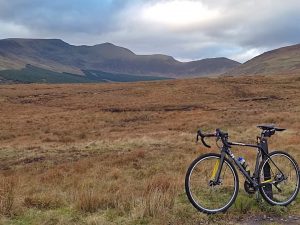 The event itself started outside Hotel Newport & Kelly’s Butchers and after a tranquil opening where the route took in a lap of the Quay, some of the Great Western Greenway, and Burrishoole, the action started once the cyclists hit the Wiry hills around the Furnace lakes. The sharp little hills broke the peloton into pieces.

All the talk beforehand was about bike choice, any off-road bike would get them around the route but some participants went to great lengths to make their machine race-ready by selecting their preferred wheel and tyre choice, others stripped their mountain bikes down and shed as much weight from their machines to suit the route. One participant even used a racer with wider tyres, he still got around albeit with one or two punctures! 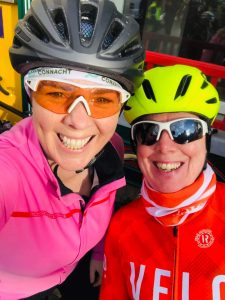 Fermoy supremo and Ras rider Michael Hennessy wasted no time opening up a gap on the tough terrain and was first to cross the start of the timing section that also signaled the start of 24kms of real gravel. 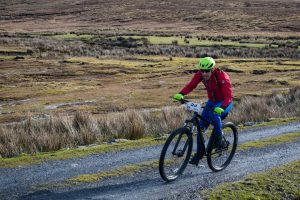 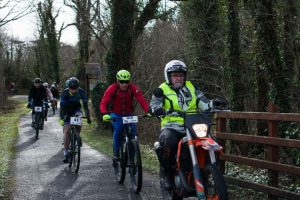 His efforts might have been a bit premature as he was chased down by James Downes Newcastle west and Barry Kelly DB Cavan with Greg Baxter Westport Covey Wheelers not far behind. 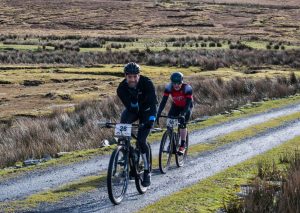 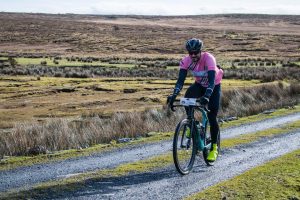 Behind these, other riders took a more tactical approach and rested while shedding kit before they started the timed section, some even let big groups go off ahead with the ambition of catching them later.

Up Front  Hennessy, Downes, Kelly, and Baxter ploughed on frantically, opening up a huge gap on the rest of the field.

Back in the field, Darragh Delaney Western Lakes CC liked the idea of being the hound and chased like mad passing rider after rider knowing that each one caught would automatically move him up the leader board, but Darragh was to be outsmarted by local man Trevor Costello who said afterward that he has cycled the route approximately 200 times over the years. This knowledge paid off and his ability to navigate the course at speed and his light bodyweight also helped his cause… 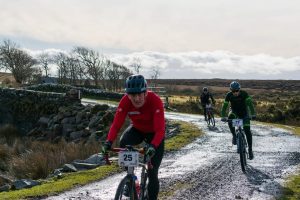 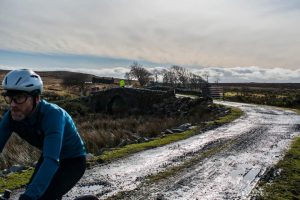 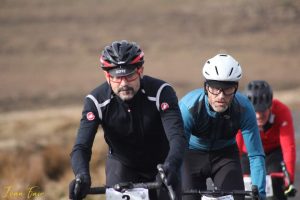 Spaniard David Belmonte from De Ronde Cork got caught up in the battle when he clung onto Darragh and Trevor’s wheel for the remainder of the timed section to come home in 3rd overall. The over 50 prize going to Ballina CC man David Sands. 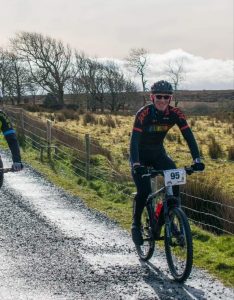 In the women’s event, Sara Canny Western Lakes CC didn’t let her inexperience get the better of her when she romped away from the field for a commanding win. This was Sara’s first-ever gravel event having borrowed a bike to take part in the Connacht Women’s gravel series only a few weeks prior, she got the bug and decided to try a Gravel event. 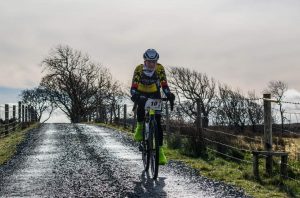 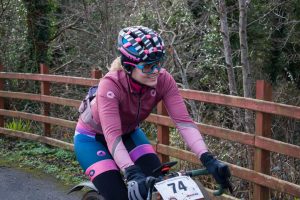 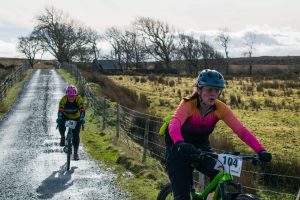 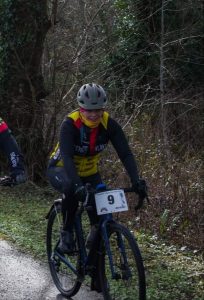 The battle of the bikes went in favor of the Gravel bike which is probably the most versatile for this type of route.

All finishers went home with a Black & White pudding from the renowned butchers and a Nuasan body wipe. 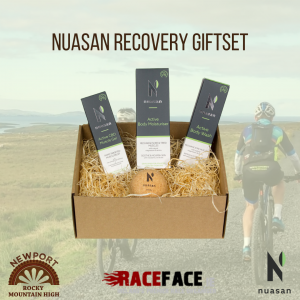 The event was supported by the rural recreation officer Martin Dillane and the South West Development Company who did trojan work making sure all the gravel sections were ridable.

To all the farmers, helpers, Civil Defense and marshals,

Burrishoole GAA for the use of their facilities and to all the locals on the route who were patient with their time. 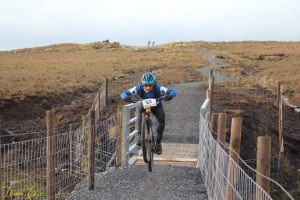 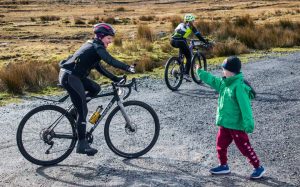 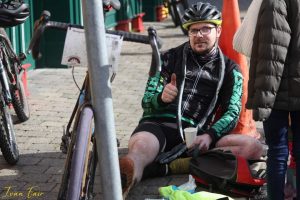 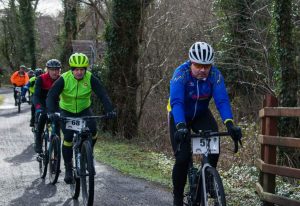 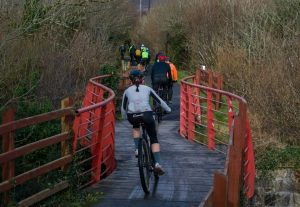 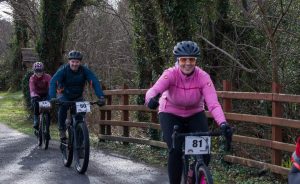 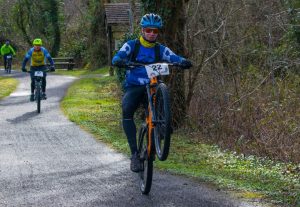 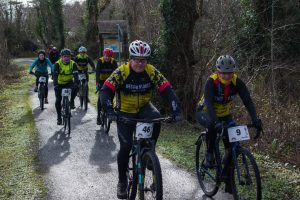 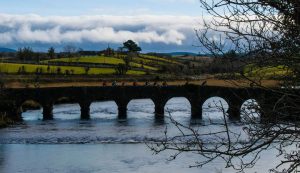