It goes to prove that consistency is key… Ray Mc Namara and Declan Donnellan Liquid motion Triathlon club Ballina now lead the series going into their home round in Enniscrone. Both have been super consistent and now reap the rewards of leading the series…. 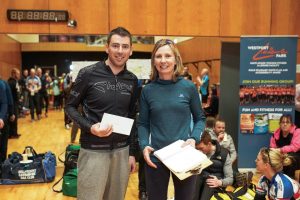 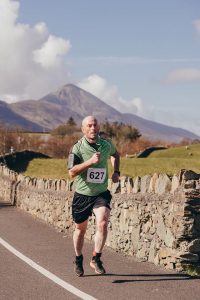 Previous leader Derek Joyce skipped the Westport round in favor of racing Ras Maigheo.. he showed he has lost none of his Racing skills and power by been away in the decisive break that shaped the overall result of the race… So we can safely say Derek Joyce is in fine form …. 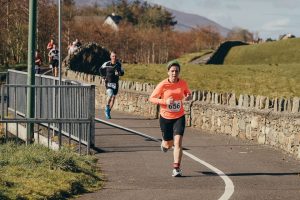 In the female section consistency is equally as important with Lynda Hession from Hollymount wheelers now leading the overall from Westport’s Grainne Kennedy who races under Multisport AM ..   Westport Leisure Park’s Carol King is in third… Previous leader Colette Sweeney missed round 6 due to organizing commitments so is bound to bounce back in Ballina..

Sunday’s event in Enniscrone is a unique event.. beach runs and wind swept cycle is sure to throw a few wobblers… its hard to know who it will suit… the finish result could really throw the cat amongst the pigeons…. As a racer i can say that this round could decide the overall crowns in all categories, as valuable points gained here might not never be recovered again….

Just to let ye know in time .. round 8 in Galway will be held in Barna on Sunday April 22nd not 21st as advertised…