For the second year running Derek Joyce Galway Bay CC wins the Bridge Signs Ireland West Duathlon Series, it was a tight enough battle from the start with John and Matthew Gill Hollymount Wheelers, Ray Mc Namara Liquid Motion Tri club Ballina and Paul Joyce Tri Lakes TC all in the running at one stage or another. 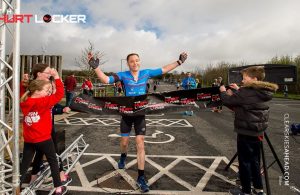 Joyce used his biking strength to secure the title, as the series unfolded his running had improved considerably and in round 8 all the micro improvements meant he went one better than 2017 by winning a round, taking victory at the Hurtlocker duathlon. 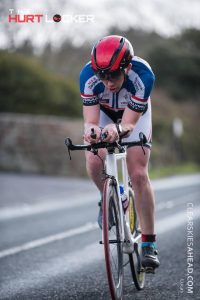 John Gill was unlucky to puncture in Rd 4 at the Ballinrobe Duathlon while in a favorable position but he had to tip his hat to the ever consistent Galway man, who was nearly always one or two places ahead. Ray Mc Namara did serious work to improve his running ability but the bike at times seemed to let him down but there is no doubt that he is improving all the time … perfect timing as the Triathlon season approaches.. 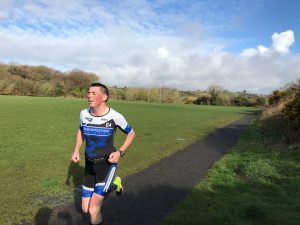 More to follow with  for the following Categories Ladies, Club, Corporate, Relay, categorizes and most improved