Skip to content
Gravel Grind West was a great success for off-road cycling in the West Mayo area.
The weekend kicked off with an introduction to cycling off road. With the finish line setup and the picturesque features around  the pond down at the Quay it was the ideal setting for a youths event.
Cycling Connacht and Gravel Grind West organisers had a great day putting the next generation of enthusiastic youth cyclist through their paces with a  cycling workshop led by the one and only Ras Tailteann champion Daire Feeley. 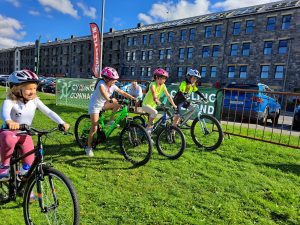 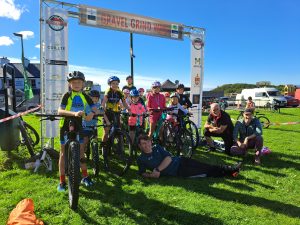 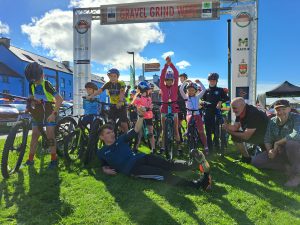 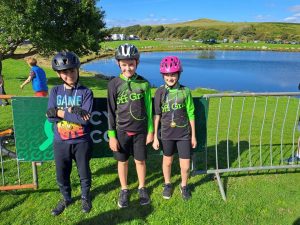 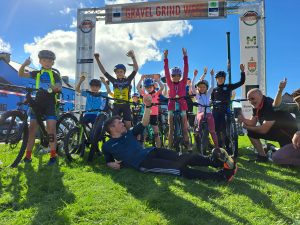 On Saturday afternoon adult participants pitted their bikes and bodies against the notorious steep Skelp climb, the off road path that brings walkers and hikers over the shoulder of Croagh Patrick known locally as the Western Way proved a stern test.   Photos and results attached.
On Sunday Participants had the choice of three gravel routes depending on their fitness and ability. The routes took in the coastal roads and tracks of Kilmeena and Newport before hopping onto the Great Western Greenway to the Furnace lakes, their adventure really took on a life of its own once they hit the Wild Nephin National park at Letterkeen before a return journey home via the Burrishoole walks and a much deserved wind down spin home on the Greenway back to Westport.
Gravel Grind West cycling event  has been made possible with the help of: The Towers Bar and Restaurant | Westport Bike Shop | Mayo.ie| Marrey Bikes | Nuasan | Coillte | Civil Defence | An Garda Síochána |Cycling Ireland | Wild Nephin National park | Hotel Westport | Del &Lee jewellery| Hotel Newport| and a whole host of volunteers from around the area.
Thanks to Photographer Paraic Furlong Eleanor Breen, Mike Staunton and Dominik Janczak all of their work is on https://www.facebook.com/profile.php?id=100063786560405&sk=photos