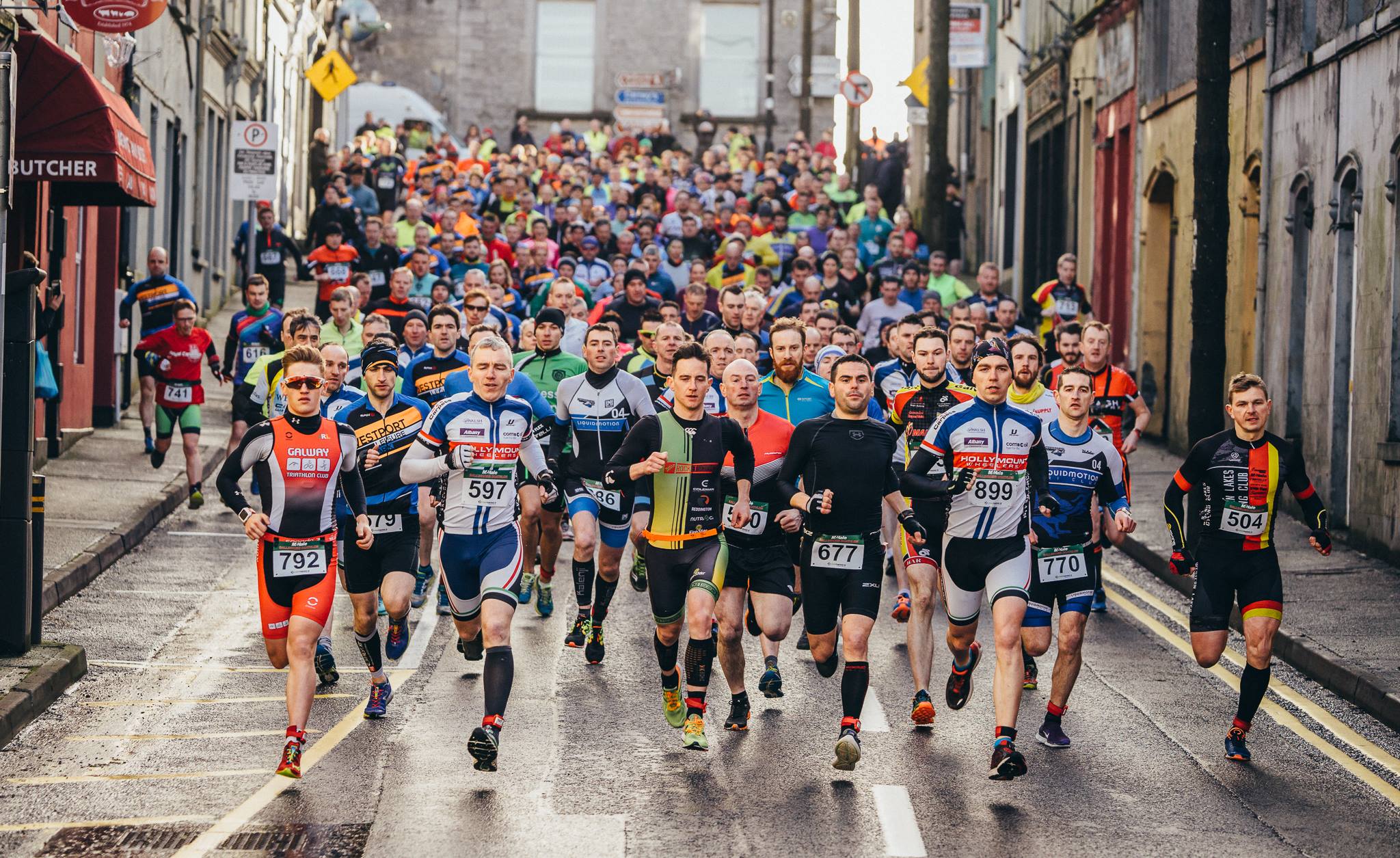 Westport man strives for success at Ballinrobe Duathlon.
A beautiful spring morning greeted the huge crowd who travelled from all over the country, to take part in the now well established Ballinrobe Duathlon held in the oldest heritage town in Mayo,
Westport athlete Sean Mc Laughlin powered away both by foot and then on the bike for his first win in the Bridge Signs Ireland West Duathlon series. Westport Athletes have been enjoying great success in the series to date winning 3 out of 4 rounds only Stephen Donnelly Liquid Motion Ballina halting a clean sweep where he won in Knockma. The Westport Leisure park have turned up in style with huge numbers and doing so lead the Team/club category.

How the Ballinrobe Duathlon unfolded

After a frantic start down Bridge ST, Mc Laughlin and Donnelly found themselves well clear at the front of the pack after 3kms, the Westport man sensed a weakness in the Ballina man and struck for home with less than 2k to go, he entered transition with 25seconds to spare. Donnelly is normally a stronger Biker so when in Transition Donnelly reduced the gap back down to a mere 10 seconds the writing was on the wall for Mc Laughlin who has enjoyed some serious results in the running game since he took it up only 5 years ago.

As it turns out the closest Stephen Donnelly got to Mc Laughlin was in Transition with the bit firmly between his teeth Mc Laughlin recorded one of his fastest every bike splits to put another 30 seconds into the Ballina man with only 3.8k to go around the beautiful Bowers riverside walk. 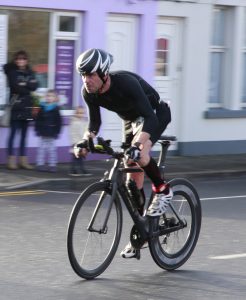 At the Finish Mc Laughlin won his first Duathlon in a time of 58:01 minutes marginally outside the course record. Stephen Donnelly held on for second with the ever improving Michael Flanagan of Galway Bay CC in third. 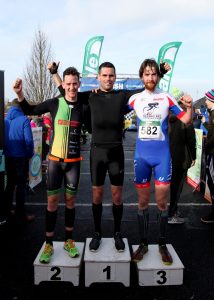 In the Ladies section, experience counted for everything as Siobhan Murtagh Lough Key tri club took her second win at Ballinrobe from Candian based Hollymount woman Michelle Heneghan, these two had a real ding dong battle all the way round the course with Heneghan leading on the first run then been over hauled on the bike where Murtagh opened up a lead that was nearly impossible to haul back. By the end the Boyle woman held on to win by nearly a minute with the strong biking Mary Daly back  in third. 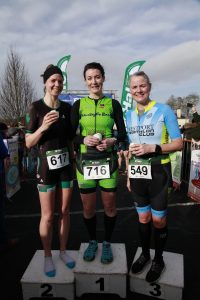 In the local section there were numerous battles, the Gill brothers from Hollymount have taken most of the laurels this season with Noel Gibbons Partry and Brendan Butler and Janis Blivous also very close to the mark.

On the day Brendan Butler took motivation when the last run passed right by his front door to take a well-earned first local and a savage 6th place overall.

In the ladies the fly in girl Michelle Heneghen took home another prize to add to her haul.

The relay section at the Ballinrobe Duathlon always turns into an interesting battle, with 14 teams signing up,  some had very strong runners and others had even stronger cyclist… the battle was red hot.

The bookies favourite was the Darragh Delaney and Sean O Malley outfit but after the first run they were only 6th starting the cycle, Sean O Malley put in a record breaking cycle of 25:28mins and only using a normal road bike against the really aero Time Trial  techno geeks..  His effort put his team in pole position for the win but in the end the fast running Brendan Hession of the Hession/ O Donnell team from Hollymount wheelers won the day with a few seconds to spare. The Loughney brothers also from Hollymount Wheelers took a well-earned third.

The event attracted participants from all corners, two Londoners flew in to Knock airport on the Friday so that they could take part in their first ever Duathlon, organizers gave them every courtesy providing bikes and equipment helping make their trip a memory to cherish… mentioned already was Hollymount woman Michelle Heneghan making the long journey from Canada she also  had the class to finish second female overall… word has spread that this is defiantly a Duathlon that you must take part in at some stage…Make 2019 the year as we celebrate the tenth edition. 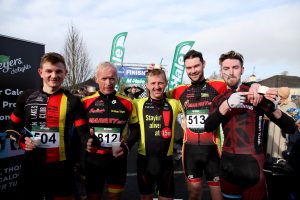 Thanks to the Ballinrobe Duathlon 2018 main sponsors McHale Engineering Ballinrobe. 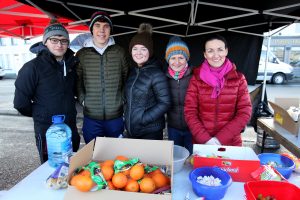 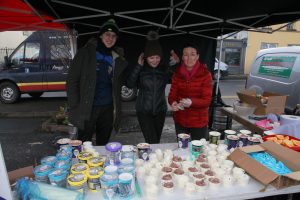 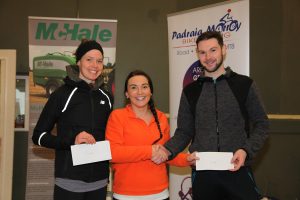 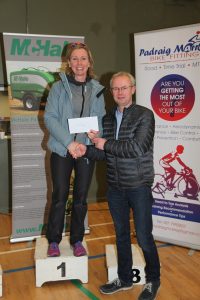 Check out the full results here

Check out the event photos here on the event Facebook page