The 2020 Ireland West Duathlon series in association with Bridge Signs Ballinrobe is now in its 5th year and still continues to attract great enthusiasm from participants around the West of Ireland and beyond.

Bridge Signs the Ballinrobe based print company will sponsor the series for the 4th year in succession, Brian O Reilly the company boss is a keen athlete himself and often partakes in the events. 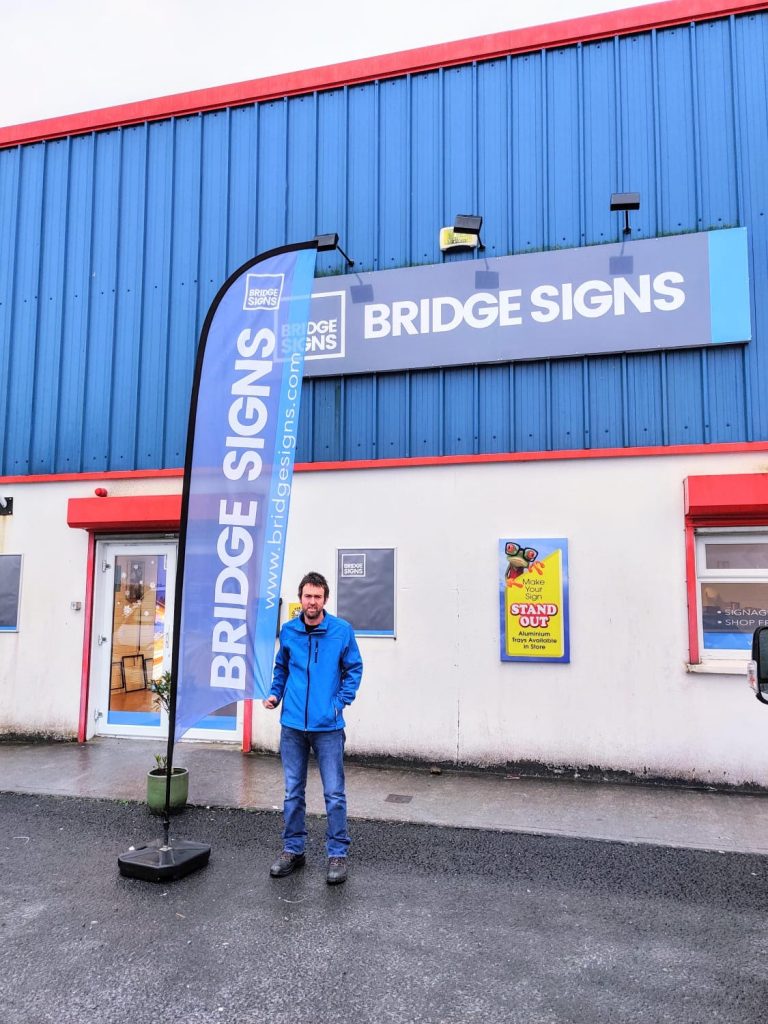 The winter Duathlon series is held at a time of year where many find motivation hard to come by and the ability to put oneself outdoors to train is more than demoralizing but as the saying goes misery loves company and the past five years has seen people use the series as a form of motivation to go out and beat the blues.

The 2020 series has just 4 events spread evenly apart by a 3 week break, by the time the series is over Spring is well and truly on its way with the evenings getting longer and the mornings brighter.

The land of the Giants Claremorris on December 29th kicks of the series, followed by Hollymount on January 19th, Ballinrobe February 9th and finishing on the beach of Enniscrone on February 23rd

All the duathlons are short/sprint distance events with a 5k run to start an 18k bike leg followed by another short 2-3k run.

There are prizes for the overall in each category, a relay section to cater for those who are for non- bikers or non-runners  and a club and corporate sections helps to keep the team element alive especially as duathlon is mostly an individual sport. For more info on each round look up www.raceface.ie 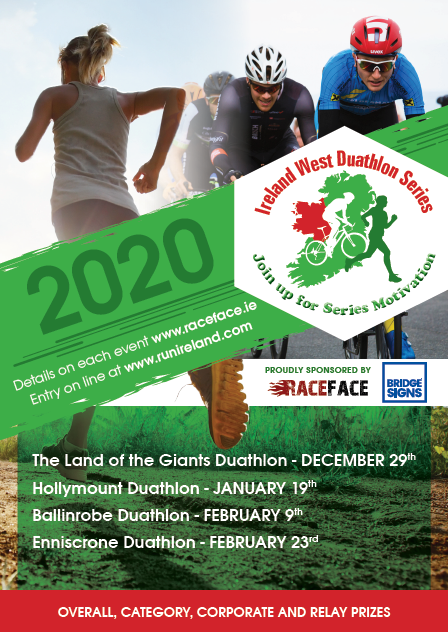