Tough cold conditions greeted over 300 athletes at the annual Land of the Giants Duathlon in Claremorris on December 28. With temperatures barely above freezing, organisers pulled all the strings necessary to make sure the course was safe.

Huge input from local volunteers made sure pathways were salted and gritted and all passage ways were cleared just in time for the start at Market Square in the town. 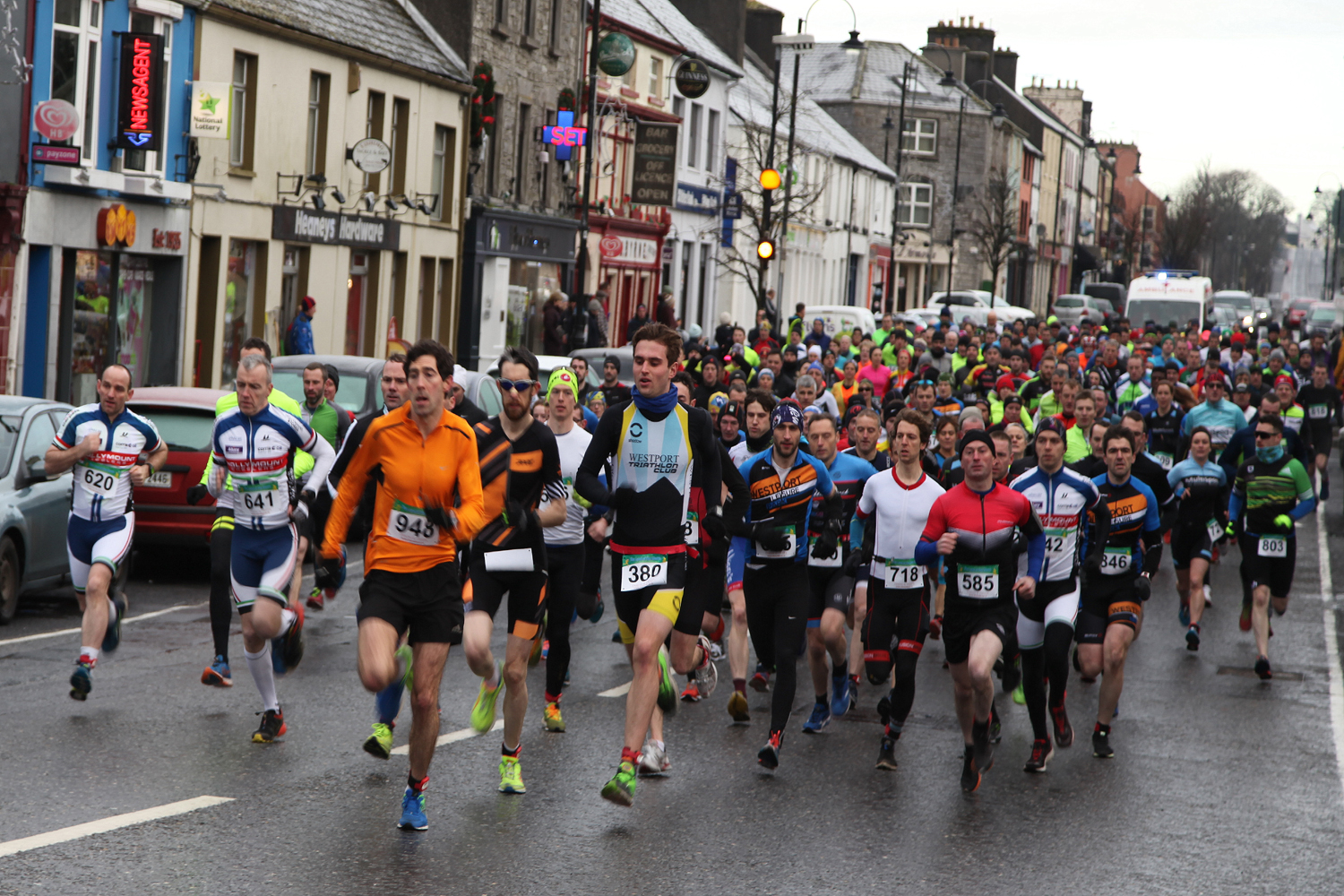 With quite a few participants not willing to brave the cold instead deciding to stay wrapped up in their duvets rather than donning their runners, yet despite this the field was only marginally down on last year’s record numbers.

For those that made the journey from near and as far away as Australia the cold conditions did not dampen the moods, as there was a festive atmosphere in the air and a competitive field aiming to come home with personal bests.

All participants were keen to have a go with the aim of burning a few Christmas calories on the challenging but iconic course.

Paul Dixon the main sponsor of the event and also a participant “Praised the locals especially the Gardai, the Men’s Shed Group and the local Chamber of Commerce for what he called a community coup, it was easier to postpone the event but with great camaraderie every stop was pulled to make it happen.

How the event unfolded…

A super fast run by Karol Cronin, Sports World threw the cat amongst the pigeons by upsetting pre-race favorites Aichlinn O’Reilly of Westport Triathlon Club and Cathal O’Donovan from Cork Tri. On the bike, O’Reilly’s power took over showing a clean pair of heels to the Cork man with Cronin now fading back through the pack.

Going into the final run, O’Reilly had a commanding lead with well over a minute; with Sligo man Feidhlam Mc Gowan catching the Cork man on the final run to net second with O’Donovan back in third. 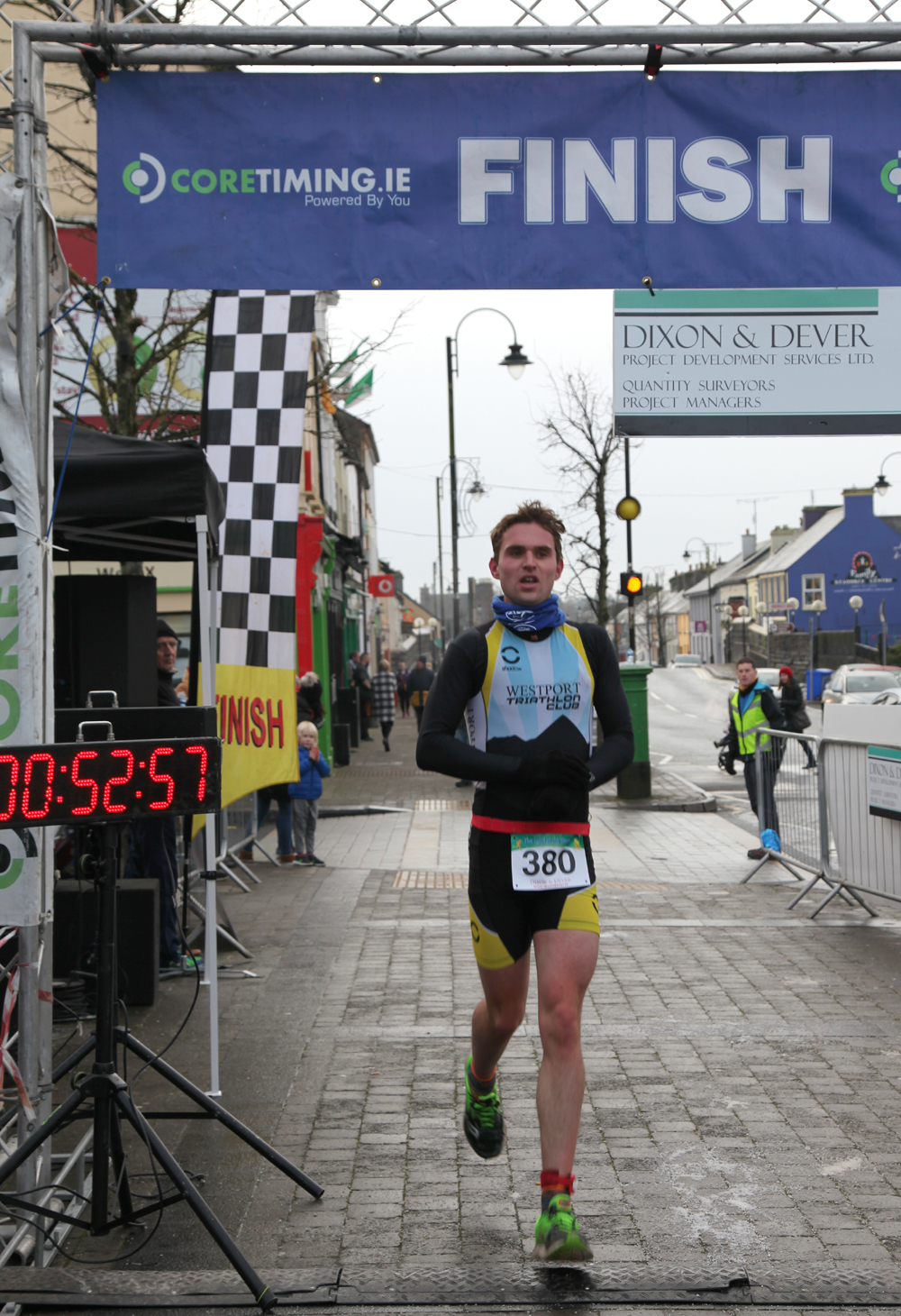 In the ladies race, Mary Daly, Westport Triathlon Club had to overcome a strong running challenge from local Paula Prendergast, only catching her towards the middle of the bike leg and Daly held a strong pace in the final run to hold off the Claremorris woman. In third place was Dublin woman Bairbre Doyle.

For most of the participants the event is used as a personal challenge or an excuse to meet up with friends while adding a bit of exercise to the mix, the banter at the finish line, the story of lost seconds, the tit for tat battles on the road all unfolded back in the square and later that evening, it was a great reason to go out and celebrate their achievements.

The event was supported by: 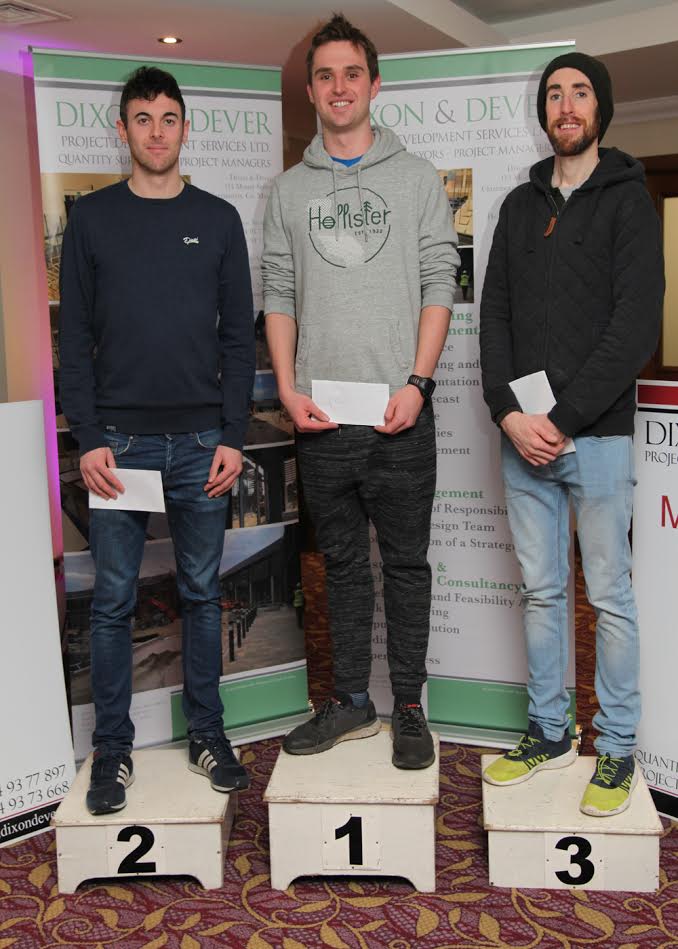 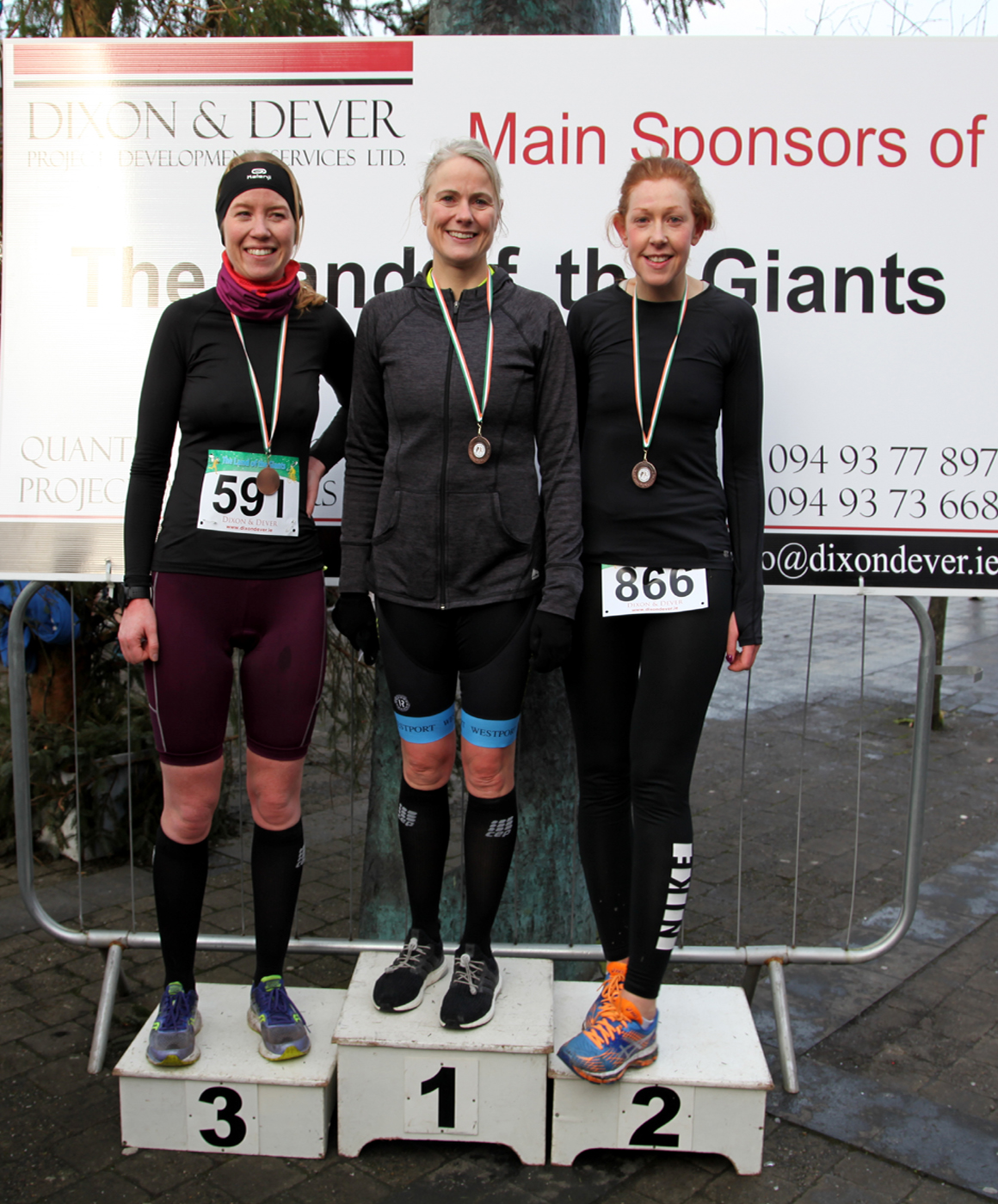 Posted in News
Scroll To Top