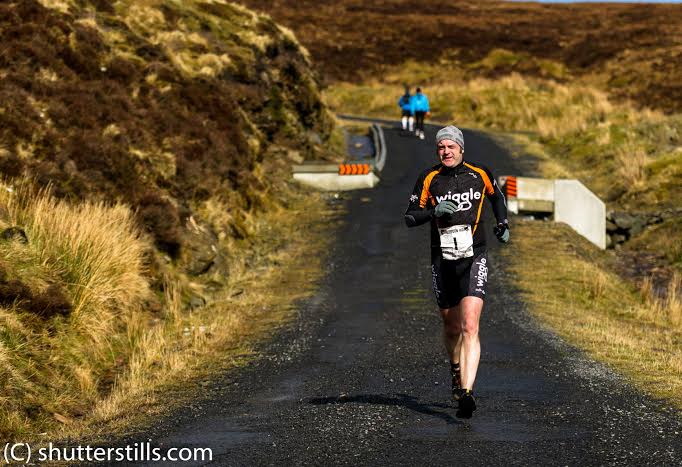 On Sunday morning seven years ago sitting at my kitchen table hung over and stuffed from a full Irish breakfast I read a feature in the Sunday paper about an event in Strandhill, Co. Sligo called the Warriors Run. I patted the pot belly I was sporting at the time and decided that would be the target. I had stopped playing rugby a few years before that and had not replaced it with any physical activity. I struggled through the Warriors run that year and have been taking part in adventure races and duathlons since. As part of my training for the Warriors Run I used to head out to Croaghmoyle aka the Booster and I clearly remember thinking that it would be fantastic to have an event that would utilise it and Lough Lannagh. I dismissed it as altitude madness!! I was delighted a while later to hear that someone was mad enough to design a course doing just that and better again that people were mad enough to enter the event. I was very excited that we had our very own adventure duathlon in Castlebar and knew the route would command the respect of even the most experienced competitors. In its first year I didn’t own a bike and didn’t cycle so didn’t enter but vowed that I would have a bike and enter the following year. I did have a bike the following year but didn’t get to enter due to injury. 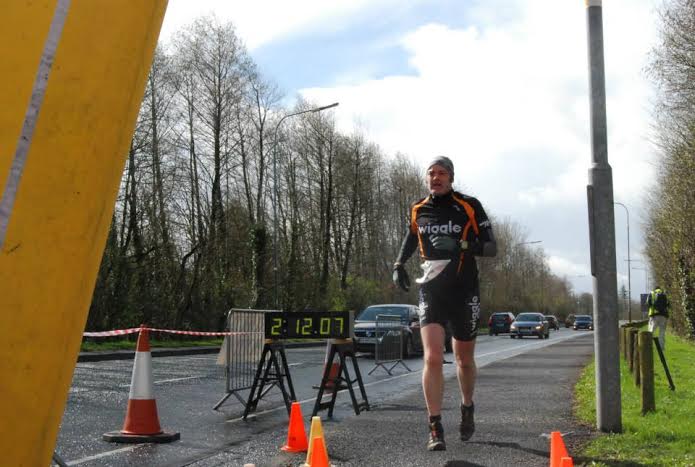 I have only managed to take part in the Castlebar Adventure Duathlon twice. In 2013 everything was looking good for entering the event for the first time. I had had a good run in events in 2012 and training went well all over that winter. Disaster struck early in 2013 and I was out from training for a number of weeks. It looked like I would miss out on yet another year of my home town duathlon. Some excellent work by Paula in Ballinrobe Physiotherapy Clinic meant that by the skin of my teeth I was physically fit to take part but were my fitness levels sufficient? In an event such as the Castlebar Adventure Duathlon you get the answer to that question fairly quickly!! I struggled but I finished! I knew I could have done better but I was just so happy to finally have had a finish line so close to my front door! Familiar faces all along the route both fellow competitors and supporters on the roadside take your mind off the pain and once making that climb of the booster you become part of a special group of supportive upbeat people. On my first year we were tortured on the second cycle with a cruel headwind all the way into Castlebar and my lack of fitness really showed and I started to cramp badly on the bike. I knew this would make the final run a real challenge.  Coming out of transition looking more like a pensioner than an adventure racer I looked out to the windmills on the hills and gave myself a pat on the back and told myself the worst is done and a nice bowl of soup awaits at the finish line. I crossed the line in 2.28 and was already thinking of next year’s race.

March 2014 came around very quickly. There was a great buzz around on the morning of the race. Lots of familiar faces from around the town. Old hands and first timers all playing down how well they had prepared and how they would do. The usual pre-race banter. The Booster was the main talking point. The Mayor came along to start us off.  The day was perfect for racing. I felt much fitter that 12 months ago and was injury free leading into the event. It was still going to be a real challenge. Got through the first run in good order and hopped on the bike and headed for the hills. The first hilly cycle is a good test for all levels of cyclists and you are rewarded after that cycle with the off road run and the booster hill!! As I came to the start of the climb I see the familiar frame of Con Doherty already on his way off the hill and on the way out towards transition. What an athlete. I took some comfort in the knowledge that I met him a good bit later that when I had met him last year so I knew my own time must be ahead of my last attempt.  In contrast to the previous year when Con was out on his own with a commanding lead this year he had Sean McLoughlin hot on his heels. I called out to Sean “you’ll catch him” to which he replied “no chance”. He didn’t as it happens but only seconds separated them at the finish line. Then one by one the braver, faster and fitter racers came charging down the booster at breakneck speed. A good friend, Ger Heneghan, amongst them. He tried to teach me how to come down at that speed on one of our training outings but I’m happier being that bit slower and be in one piece. Once off the Booster its back on the bike and we are treated to lots of down hills at the start of this section which is very welcome!! On the turn for home on that last bike section there was the most welcome breeze at our backs. This was great as it meant that the legs would be a little fresher on the last leg. It really is a lovely finish run around the magnificent Lough Lannagh which is the home of Castlebar Fit for Life, Men on the Move and Park Run so a real home advantage for us all. I crossed the line this time in 2.12. That is a whole 16 minutes quicker. So pleased with myself but still that inner voice asks, “Will you do better next year?”